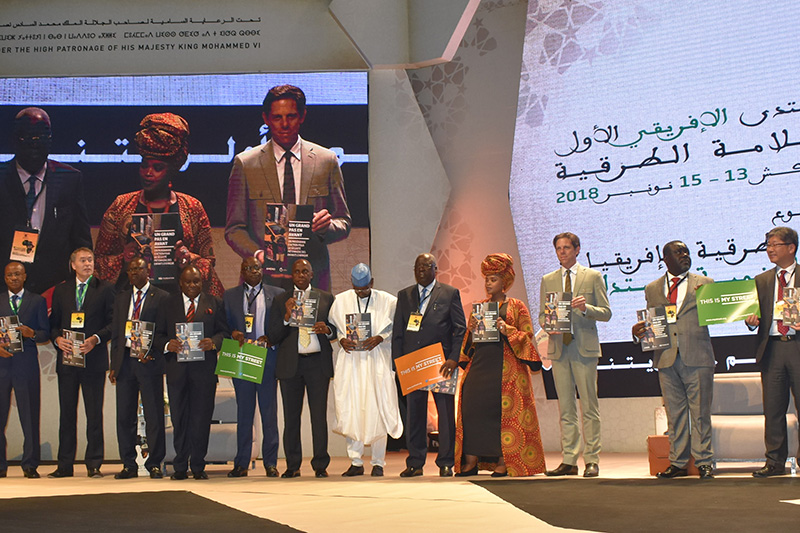 Ministers from across Africa with the report. 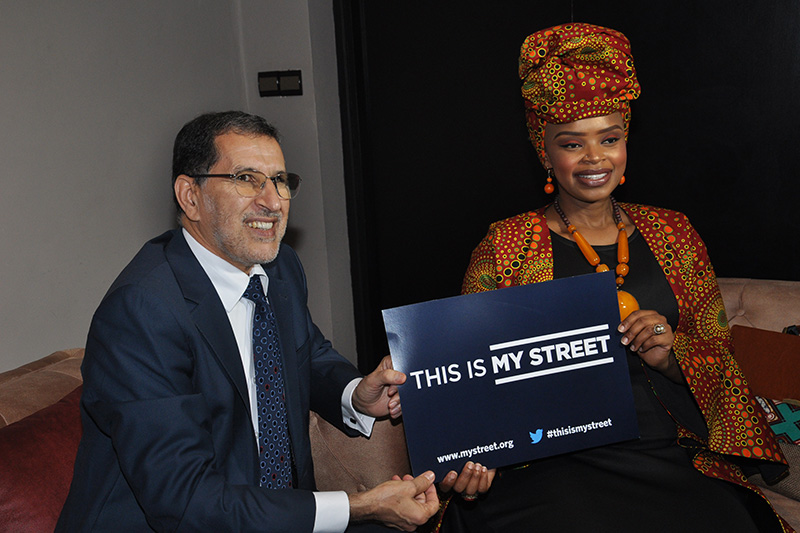 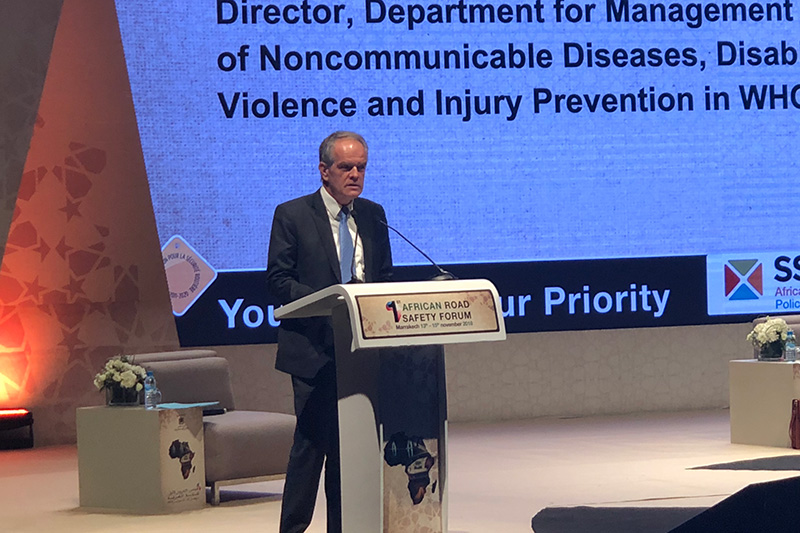 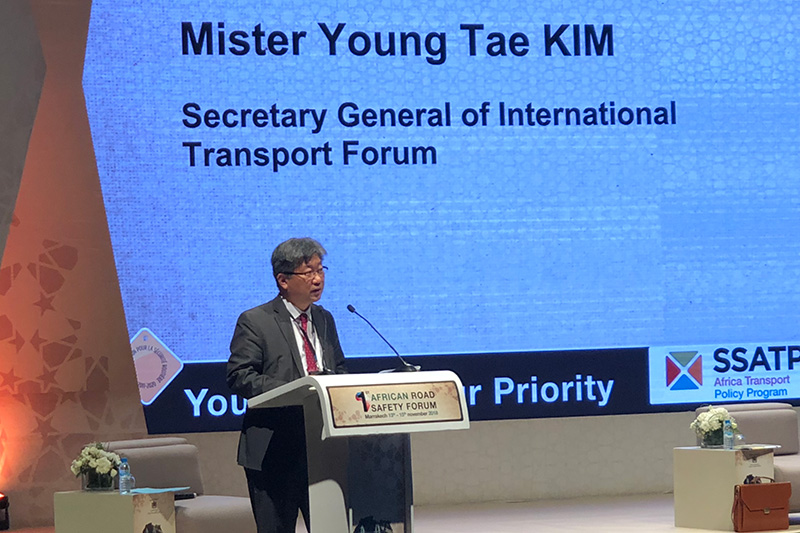 Zoleka Mandela with the Senegalese delegation. 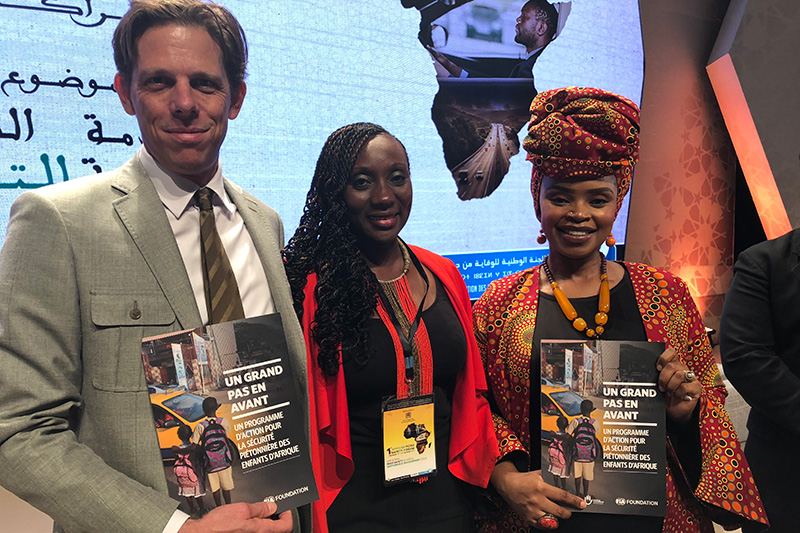 The joint report by the FIA Foundation, Amend NGO and Humanity & Inclusion, was launched at the 1st African Road Safety Forum in Marrakech on 13 November.

The report aimed particularly at French speaking countries in Africa outlines the high burden of child road traffic injury on the continent. A child is twice as likely to be killed in a road crash in sub-Saharan Africa than anywhere else in the world.

Child pedestrians, those living in poverty are particularly vulnerable. In response, priority should be placed on providing a safe journey to school particularly through safe road infrastructure, slowing traffic where child pedestrians are present, the report says. Governments and donors must step up their action, committing to this agenda as part of their programmes for child and adolescent health.

In a powerful opening speech at the Forum, Zoleka Mandela said: “I am a mother advocating for the safety of children following the tragic passing of my daughter who was killed by a drunk driver. As a mother standing here, I represent the thousands upon thousands of families who have suffered the scourge of road traffic injury.

“The roads on our continent are still the most dangerous in the world. All around us enforcement and implementation are inadequate. Our roads are unsafe. Each day, new roads are being built which lack basic safety measures. If there’s a crash, instead of being protected, you will be punished with a death sentence.

“Most unforgivable, millions of children are exposed every day on the roads. We fail to provide them with a safe journey to school. I would like Ministers, Mayors, heads of agencies here in Africa to look their own families in the eye and explain how keeping them safe is not a priority.”

Zoleka Mandela called for far greater action, commitment and funding to ensure children and young people are kept safe on the roads. One key step would be a global summit on adolescent health which the Child Health Initiative is calling for to ensure that Governments and international agencies address road traffic injury in their mainstream development policies.

Jean Todt, UN Special Envoy on Road Safety and FIA President gave a video address to the Forum. In his foreword to the ‘Un Grand Pas en Avant’ report, he said: “In Africa, a child is twice as likely to be killed in a road traffic crash than anywhere else on the planet. Unless governments take urgent and coordinated action on road safety, an explosion of the growing youth population in Africa, urbanisation and motorisation will have further fatal consequences. The burden of road traffic injury on the continent is a pressing and growing threat both to humanity and sustainable development. We must take action now.”

Also launched at the Forum was the African Road Safety Observatory. The Observatory has been developed with grant support from the FIA Foundation via the FIA, together with the ITF and the World Bank. The ITF/OECD International Road Traffic Accident Database (IRTAD) has played an important advisory role in its creation. The Observatory, which is based on similar bodies in other regions including Europe and Latin America, aims to address the weakness of road safety data across the continent. It will convene governments to share and benchmark road traffic injury data and other indicators.