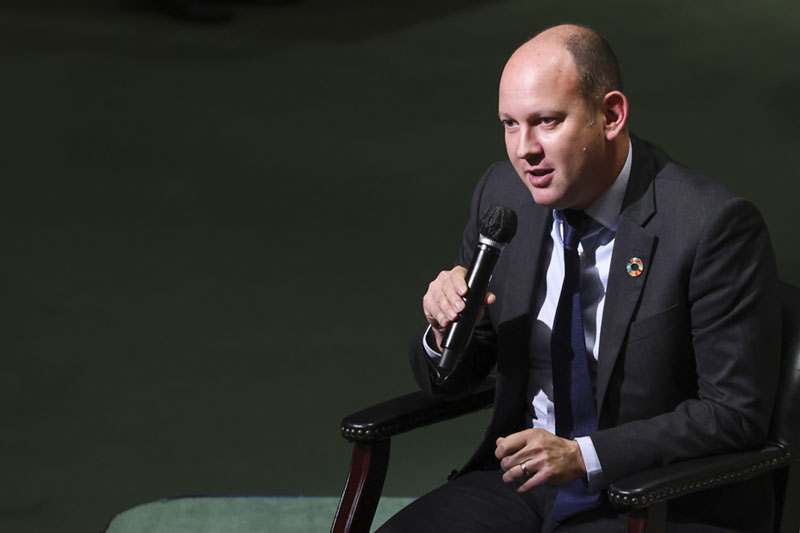 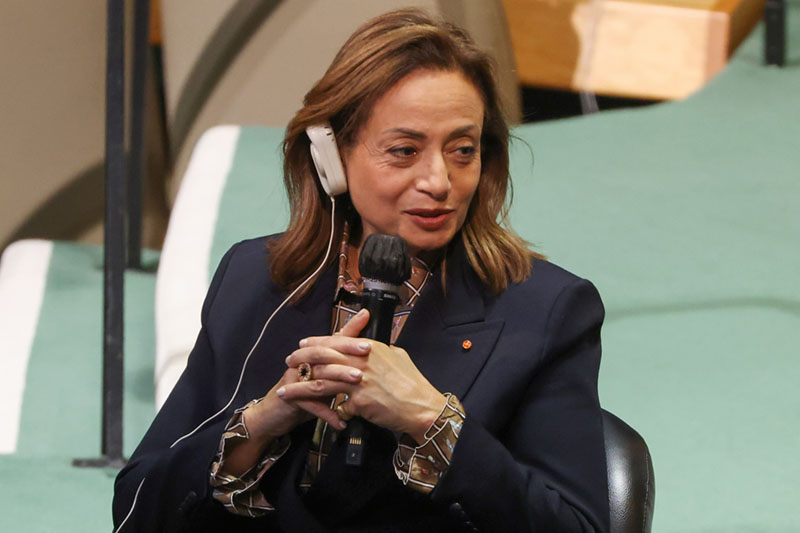 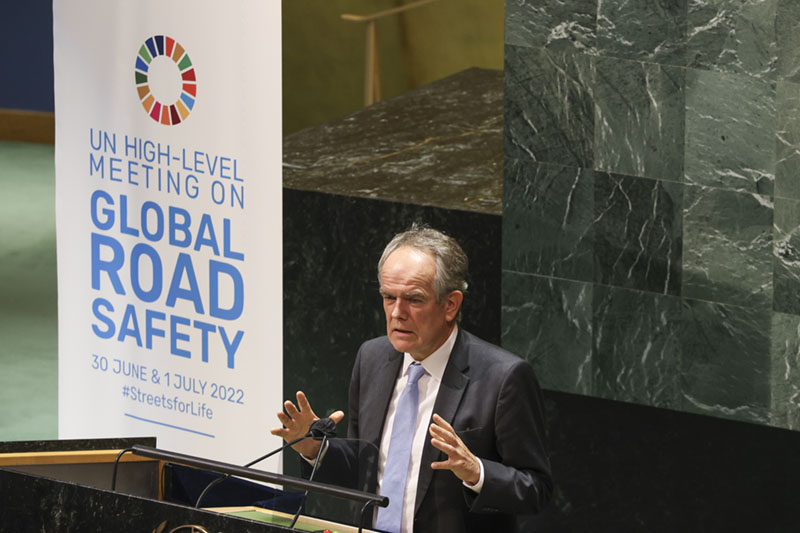 Leading global figures have called for far greater levels of commitment and financing for road safety to achieve the sustainable development agenda in a special UN General Assembly session on 3 December.

Hosted by the President of the UN General Assembly, Abdulla Shahid, the supporting event to prepare for the 2022 UN High Level Meeting on Road Safety brought together Governments, international agencies, donors, global experts and civil society.

The FIA Foundation was an active participant, with contributions by its Chairman, Lord Robertson, global ambassador for the Child Health Initiative Zoleka Mandela and Deputy Director Avi Silverman. The Foundation produced an advocacy film for the opening of the event.

Opening the session held in the UN General Assembly Hall, Abdulla Shahid emphasised the importance of road safety for the Sustainable Development Goal agenda. Focusing on the need for policy commitments and improved transportation systems, he said: “The realisation of the Sustainable Development Goal target will require increased support for low- and middle-Income countries.

“We are reminded of the pain and grief, the experiences and the lessons that have shaped the discourse on global road safety. We have much to do to avert road deaths and injuries. The consequences of unsafe and inefficient road systems are far too great a price for us to turn a blind eye.” He called on governments and the international community to build collective commitments and strengthen partnerships on road safety.

WHO Director General Dr. Tedros Adhanom urged governments to implement the new Global Plan for reaching the SDG road safety targets. “I call on all governments to use the global plan to develop national plans and invest the necessary resources to achieve the road safety targets and where needed, international donors should support them,” he told the UN General Assembly. “Let’s make safer roads for a safer world.”

In the opening session, UN Special Envoy for Road Safety Jean Todt told Governments that the human and economic cost of road crashes is unacceptable. He stressed the need for far greater financial commitment to address a crisis which he said has reached epidemic proportions.

“Priority must be securing international financial support for the most vulnerable communities, all countries must dedicate sufficient resources for road safety improvement in their national budgets,” he said. He also urged more donor engagement with the UN Road Safety Trust Fund and called for commitments and pledges to be made at national and international level during the UN High Level Meeting in 2022.

Zoleka Mandela made a powerful plea to the assembled governments: “Many of you, the Ministers and Governments represented today, have the power to save lives and prevent injuries. On behalf of the grieving families around the world, on behalf of the victims, I implore you to act. We must no longer have streets that pollute, injure and kill. Instead, we must have streets for life. Today’s event is the start of discussions that must culminate in action and commitment to save lives at next year’s UN High Level Meeting. Let’s work together to take this agenda forward. It must be a priority for the Sustainable Development Goals. It is a matter of urgency for our young people. And it is essential for our future.”

She was joined by FIA Foundation Chairman Lord Robertson in the FIA Foundation’s film for the UNGA session who highlighted the ‘Streets for Life’ campaign with its call for safe, shared and liveable streets and specifically 30 km/h limits on urban streets globally. “We must all commit to achieving streets for life as the central objective of this decade of action,” he said.