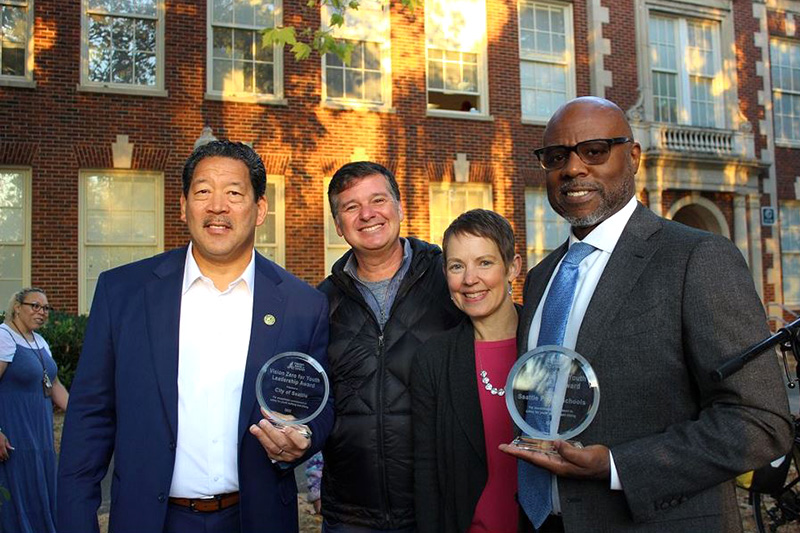 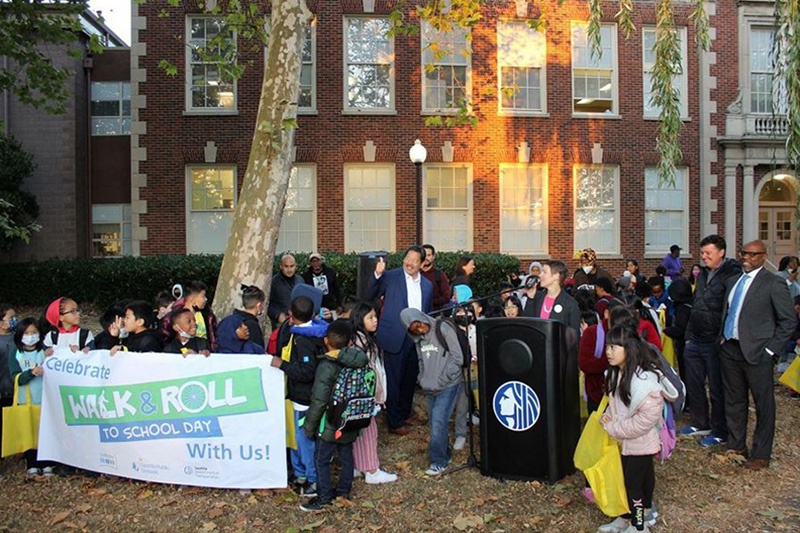 The city of Seattle, Washington is this year’s recipient of the U.S. Vision Zero for Youth Leadership Award which is supported by the FIA Foundation.

The award recognizes the work of the Seattle Department of Transportation and Seattle Public Schools, for their implementation of school streets and their ‘Stay Healthy Streets’, citywide speed reductions and traffic calming measures, and the development of a community-engaged equity plan for the Safe Routes to School Programme.

The U.S. Vision Zero for Youth Leadership Award, now in its fourth year, recognizes cities that are leading the way in prioritizing children’s walking and biking safety. Past recipients include the City of Los Angeles and L.A. Unified School District; New York City and its Vision Zero Task Force and the City of Fremont, CA. The Award is presented by the Vision Zero for Youth initiative, led by the National Center for Safe Routes to School, supported by the FIA Foundation alongside the Pedestrian and Bicycle Information Center and the UNC Highway Safety Research Center.

“It is an honor to be recognized for our investments in safe routes to school and Seattle’s safety education program for public school students,” said Seattle Mayor Bruce Harrell. “While I’m proud of the improvements we’ve built so far, you can be assured that we will not be resting on our laurels when it comes to safety. Tragically, the number of people killed in car crashes has increased in recent years, and we must redouble our commitment to the goal of ending traffic deaths and serious injuries on city streets by 2030. While some say that this goal is too ambitious, there is no number of deaths which we can consider an acceptable goal, other than zero.”

“I am thrilled the National Center for Safe Routes to School has recognized Seattle’s work to improve safety for students walking, rolling, and biking to school, and am committed to working even harder in the future to support this goal,” said Seattle Department of Transportation Director Greg Spotts. “Since coming to Seattle, I have joined families and teachers on neighborhood walks and bike rides around schools. While people appreciate the safety upgrades we’ve built so far, they’ve also shown me that there is still a lot of work to do so that every family has a safe path to school.”

“Seattle Public Schools is proud to be one of the only districts in the country with such a robust bike skills program! We have many students whose first chance to ride a bike is in our elementary physical education classrooms,” said Dr. Brent Jones, Superintendent, Seattle Public Schools. “Our teachers help students become more comfortable with biking. These students get to experience the freedom and confidence that comes from learning how to safely ride a bike. That work – paired with safer streets for pedestrians and bicyclists – makes walking and biking to school a healthy and viable option for more families.”