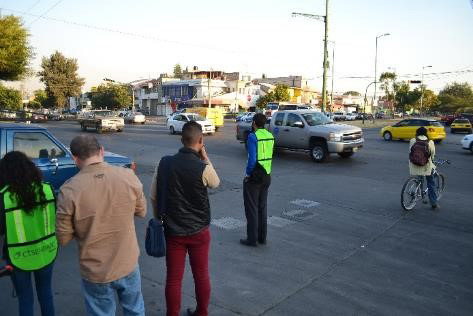 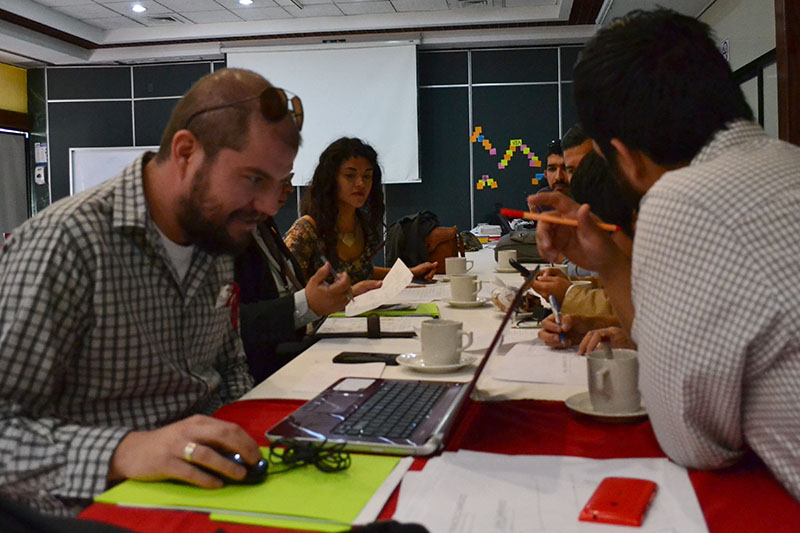 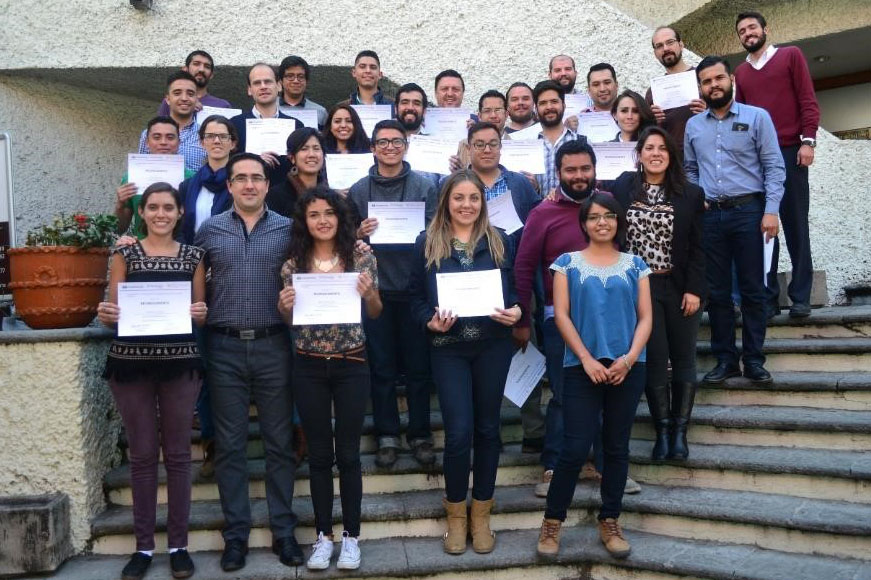 Participants included officials at the city, municipal and state levels, seen here at the end of the workshop

The FIA Foundation is partnering with the World Resources Institute to make the streets of the Mexican city of Guadalajara safer. Drawing upon years of work in safe, sustainable urban design and transport in the region, the initiative is focusing on improving institutional capacity to design and build safer infrastructure.

Guadalajara - the capital of the Mexican state of Jalisco - is one of the largest and most densely populated cities in Latin America. Known as the cultural capital of Western Mexico, Guadalajara is a historic city steeped in tradition, actively working toward a 21st century transport network. Over the last decade, Guadalajara has been working on a number of initiatives and projects to improvae urban mobility for its residents. In 2009 for example, Guadalajara implemented the Macrobus Bus Rapid Transit (BRT) system and developed a Metropolitan Non-Motorised Transport Plan. In 2014, the city opened a new bike-share system called “Mi Bici” and in 2016 the city’s transit agency has taken the first steps toward an integrated public transport system by incorporating the trolley bus into the public transport network.

With all the progress toward improved mobility however, traffic safety remains a pressing issue. In 2013 alone, there were 639 deaths and over 3000 injuries from road crashes. To address the issue of road safety, the city has taken a few measures. For example, the city’s new Mobility Law passed in 2013 stipulated tough penalties for drunk driving, established random driver testing for alcohol, and placement of speed enforcement cameras at critical locations. While these measures were positive for the city, much more needs to be done to develop a comprehensive safer system.

More recently the Ministry of Mobility has been taking a new and more proactive approach to safety by tackling the issue at it roots. The city analysed and mapped city-wide crashes and identified its 100 most dangerous intersections with the aim of reducing risk to road users- to make the city of Guadalajara safer by design. The World Resources Institute (WRI) through its Mexico office, with support from the FIA Foundation, has been partnering with the city of Guadalajara in this initiative. WRI’s work focuses on improving institutional capacity to design and build safer infrastructure, drawing upon years of work in safe, sustainable urban design and transport in the region.

As part of this commitment to the city, WRI conducted a “Cities Safer by Design” workshop in February 2016 with 46 participants consisting of city government and public works officials, decision-makers, designers, technicians and policy makers at the municipal and state levels. The workshop was conducted in two parts. The first stage involved knowledge sharing of road safety concepts and approaches including:

The second stage of the workshop included field visits to high risk intersections where participants were able to be part of a road safety inspection led by WRI Mexico experts. The inspection included data collection, identification of conflict points through analysis of existing infrastructure, a study of road user behaviour and patterns, and recommendations for improvements. Among the team’s observations were the following key points:

The workshop was able to open the discussion on traffic safety from being just a matter of enforcing stricter penalties on negligent road users to creating a safe and complete street system that addressed the needs of all road users. By providing the city with the necessary tools, knowledge and a way forward, WRI Mexico continues to support the city’s efforts in creating a safer mobility network. The city of Guadalajara can now turn its commitments to road safety into action, making it a city that is safer by design.