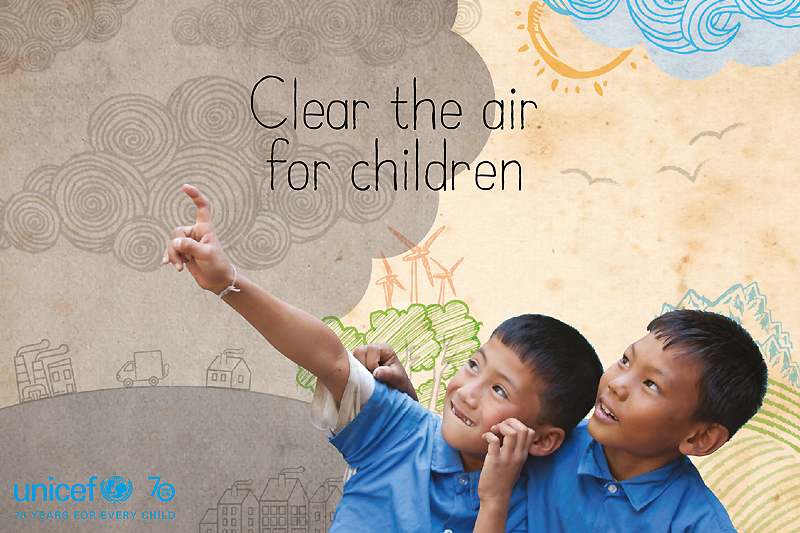 Almost one in seven of the world’s children, 300 million, live in areas with the most toxic levels of outdoor air pollution – six or more times higher than international guidelines – while 2 billion children live in areas which exceed minimum WHO guidelines, according to a major new UNICEF report, ‘Clear the Air for Children’.

The report uses satellite imagery to show for the first time how many children are exposed to outdoor pollution that exceeds global guidelines set by the World Health Organization (WHO), and where they live across the globe. The satellite imagery confirms that around 2 billion children live in areas where outdoor air pollution, caused by factors including vehicle emissions, heavy use of fossil fuels, dust and burning of waste, exceeds minimum air quality guidelines set by the World Health Organization. South Asia has the largest number of children living in these areas, at 620 million, with Africa following at 520 million children. The East Asia and Pacific region has 450 million children living in areas that exceed guideline limits.

“Air pollution is a major contributing factor in the deaths of around 600,000 children under five every year – and it threatens the lives and futures of millions more every day,” said UNICEF Executive Director Anthony Lake. “Pollutants don’t only harm children’s developing lungs – they can actually cross the blood-brain barrier and permanently damage their developing brains – and, thus, their futures. No society can afford to ignore air pollution.”

Children are more susceptible than adults to both indoor and outdoor air pollution as their lungs, brains and immune systems are still developing and their respiratory tracks are more permeable. Young children also breathe faster than adults, and take in more air relative to their body weight. The most disadvantaged, who already tend to have poorer health and inadequate access to health services, are the most vulnerable to the illnesses caused by polluted air. Together, outdoor and indoor air pollution are directly linked to pneumonia and other respiratory diseases that account for almost one in 10 under-five deaths, making air pollution one of the leading dangers to children's health.

The report highlights the contribution of vehicle emissions, the potential for massive motorisation in countries like China, India and Nigeria which combine large child populations and latent demand for motor vehicles, and some of the measures urgently needed. “As economies industrialize, demand for vehicles is likely to increase”, the authors warn. “The effect of this can go in two directions: either those cars can be reliant on fossil fuel combustion, or they can be reliant on renewable energy. The difference could be huge for children in those affected countries. Hybrid and electrical vehicles can dramatically reduce the air pollution from vehicles…the imperative for green investments could not be stronger”.

Read the UNICEF ‘Clear the Air for Children’ report here. 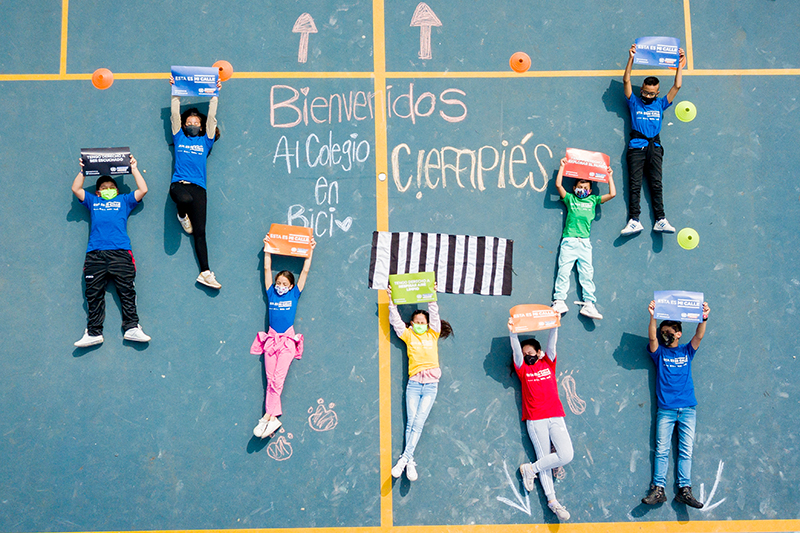