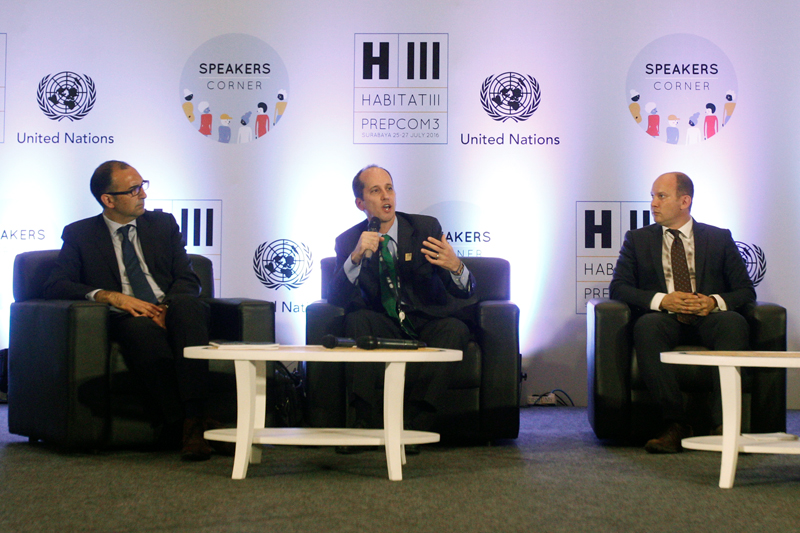 Brazilian Government negotiator Carlos Cuenca (centre) spoke at an FIA Foundation side event on child health at the Surabaya Prepcom in July and played a key role in ensuring road safety and child rights language in the NUA. 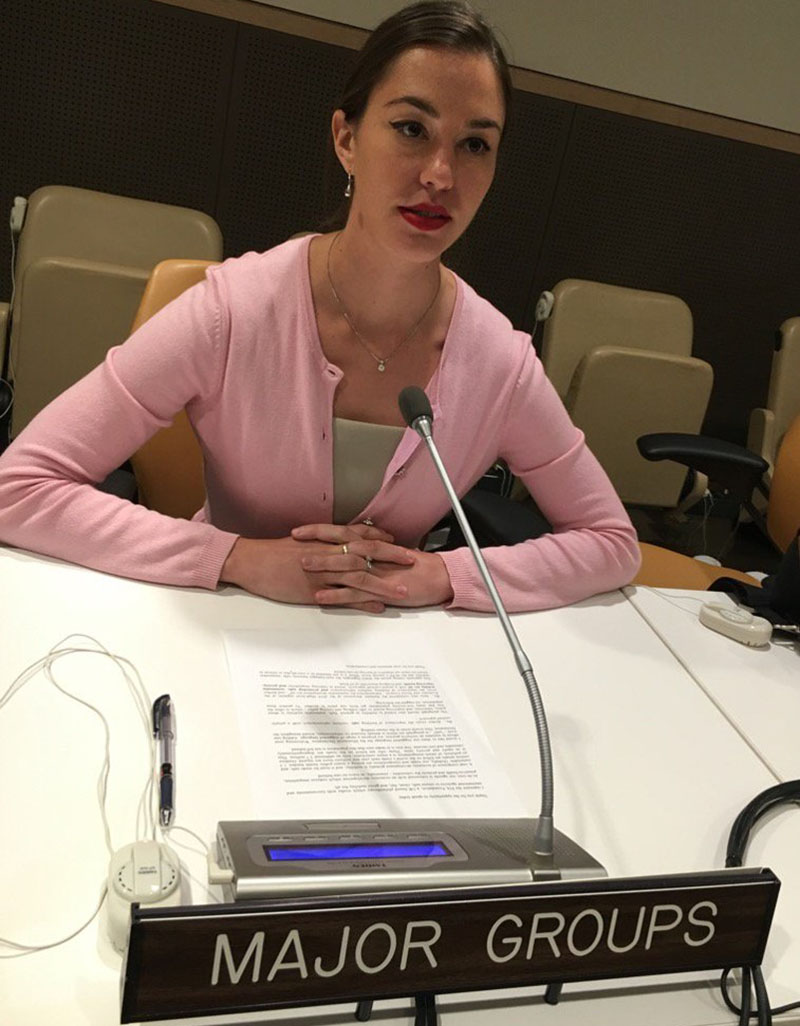 The FIA Foundation’s Natalie Draisin advocated for the ‘safe and healthy journeys’ concept in many UN meetings and briefings with negotiators. 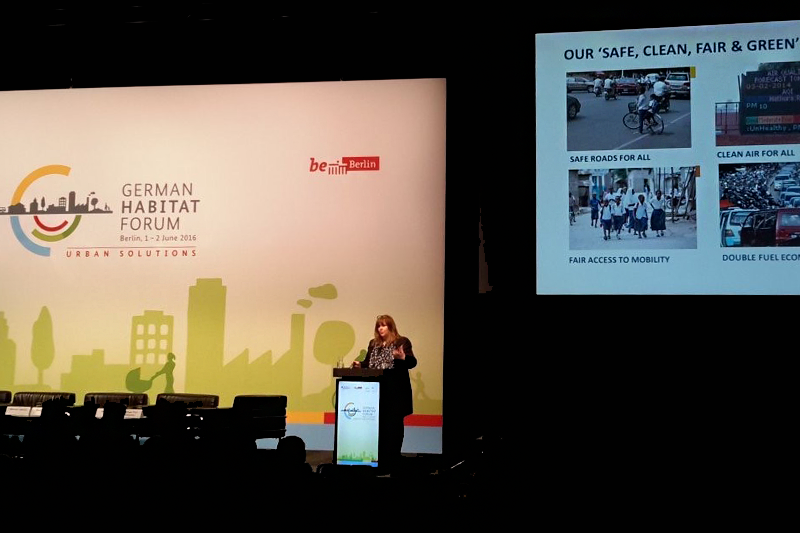 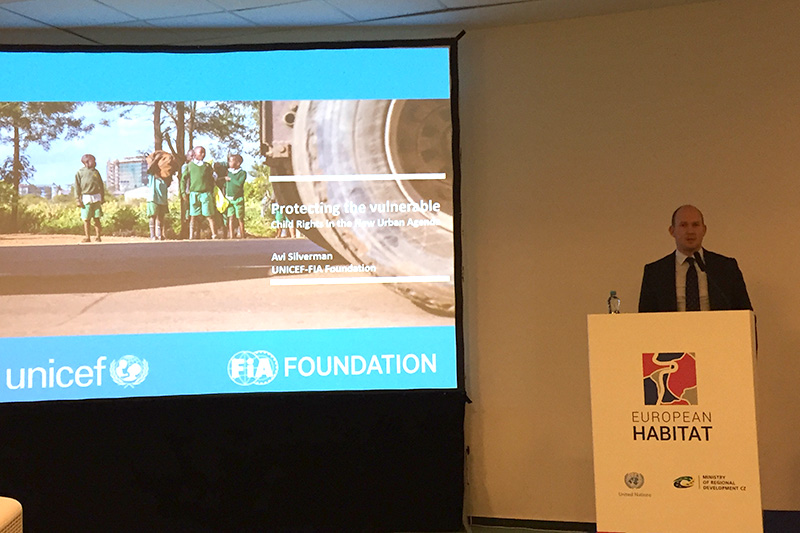 The Habitat III New Urban Agenda includes a commitment to a safe and healthy journey to school for every child as a priority for sustainable urban mobility following a final round of inter-governmental negotiations.

The inclusion of key points on safe mobility for all, and an emphasis on protecting children and the vulnerable, follows concerted advocacy by the Global Initiative for Child Health and Mobility, including the FIA Foundation and its partners.

Governments met at UN headquarters in New York from 7-10 September to finalise the text of the Habitat III outcome document, which will guide the global policy agenda on urbanisation for the next 20 years and will be an important contribution to the Sustainable Development Goals.

At Prepcom III in Surabaya, the final global conference to draft the declaration, the FIA Foundation worked with key Governments such as Brazil and partners including UNICEF to ensure that the policy priority of a safe and healthy journey to school for every child is included in the New Urban Agenda. The FIA Foundation has convened the Global Initiative for Child Health and Mobility as a partnership with this priority as a core focus. At Surabaya, the Child Health Initiative also launched a report on child poverty and road traffic injury to support the advocacy effort.

Saul Billingsley, FIA Foundation Executive Director said: “Ahead of formal adoption of the New Urban Agenda in Quito next month, Governments have demonstrated a strong commitment to sustainable mobility with particular attention on vulnerable road users – pedestrians, cyclists, motorcyclists and children. In particular, prioritising a safe and healthy journey to school for every child is a welcome and vital inclusion in the text. This is an agenda which is vital for the future of our cities, for equitable and sustainable development and importantly for the rights of every child.”

The text of the New Urban Agenda which will be adopted at the Habitat III conference in Quito includes a strong focus on sustainable mobility, promoting the “safe system” approach called for in the UN Decade of Action for Road Safety. There is an emphasis on the needs of children as well as other vulnerable groups, people with disabilities, women, girls and the elderly. Emphasis is placed on pedestrian safety, the need for cycling mobility and motorcycle safety. The text on sustainable mobility ends by presenting a commitment to “promote the safe and healthy journey to school for every child as a priority.” 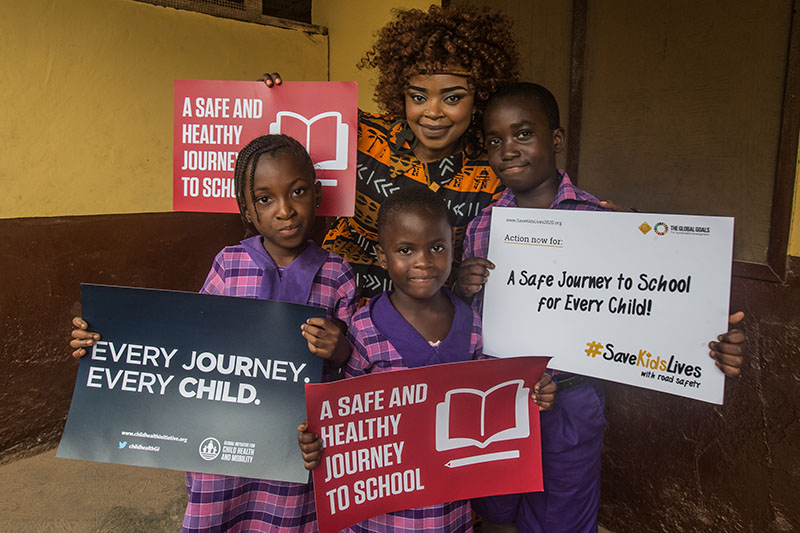 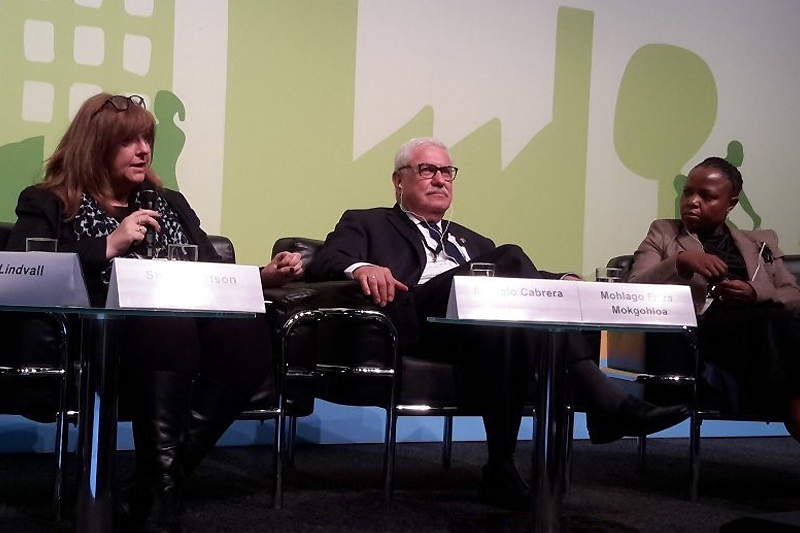