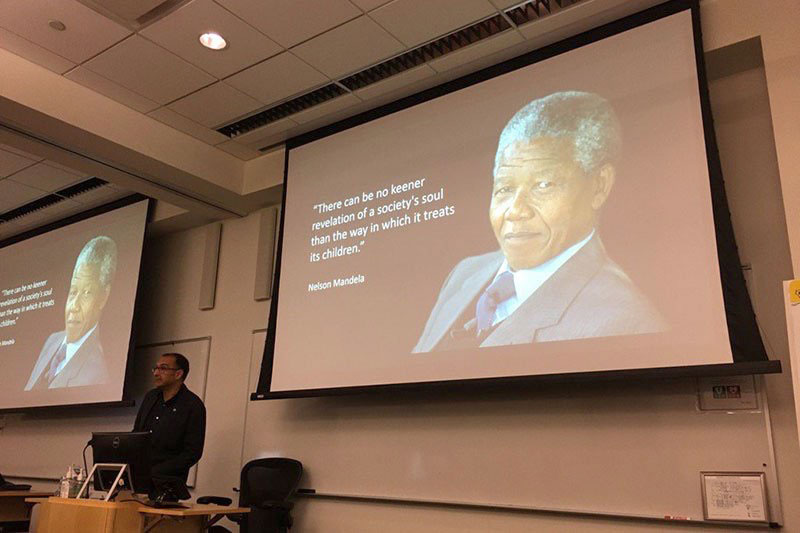 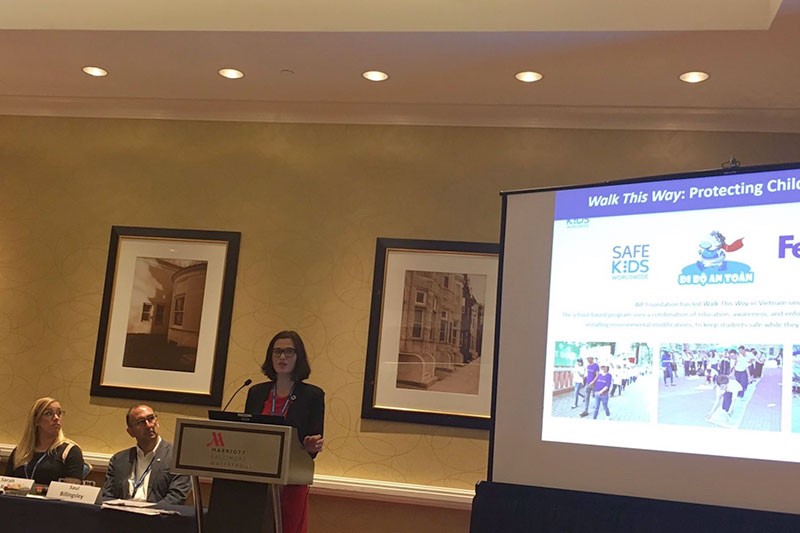 Mirjam Sidik of AIP Foundation presenting on child pedestrian safety at the Child Health session on the SDGs. 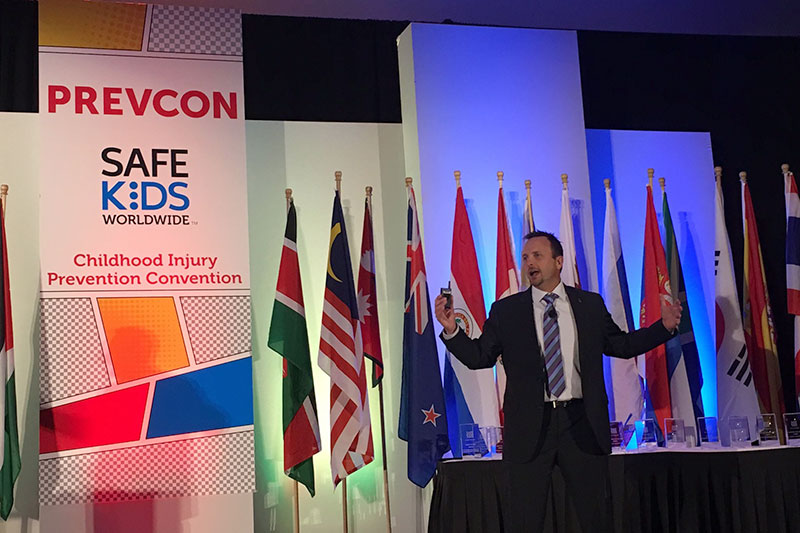 Safe Kids Worldwide, the US child injury prevention non-profit with with an extensive network of more than 400 coalitions in the United States and with partners in more than 30 countries, has joined the Global Initiative for Child Health & Mobility.

The announcement was made on 27th July 2017 at Safe Kids’ PREVCON, a major injury prevention convention held in Baltimore which attracted more than 500 participants. Safe Kids interim CEO Torine Crepy and Chair of the Board, Hon. David Strickland, joined the FIA Foundation’s Executive Director Saul Billingsley and North America Director Natalie Draisin on stage at PREVCON, together with the Safe Kids global road safety team and Shane O’Connor of FedEx (main photo above). On behalf of her organization Torine Crepy signed the ‘Speed Vaccine’ statement, pledging the support of Safe Kids Worldwide for the campaign to reduce urban traffic speeds to levels safe for children. “We at Safe Kids are excited to be joining this global alliance working for safe and healthy journeys for every child”, said Torine Crepy.

During PREVCON the aims of the Global Initiative for Child Health & Mobility were promoted to participants from across the world. Speaking at the Global Network Meeting, Saul Billingsley explained how the coalition’s work was motivated by social justice, and to overcoming institutionalised obstacles to fair access to safe and healthy mobility for every child. “Watching schoolkids trying to cross the N1 [a highway in Accra, Ghana] against speeding traffic, seeing media photos of a young child in Tanzania sitting in the middle of the road, blocking traffic, to protest a car knocking down his schoolmate, reading the testimony of a mother in Newark, New Jersey, describing the ‘health injustice’ of thousands of vehicles driving past her asthmatic son’s school every single day, it is clear that one of the frontlines of child rights today is policy on mobility and urban planning”, he said.

Child health partners also participated in a panel session during PREVCON on ‘integrating child injury into the Sustainable Development Goals’. Saul Billingsley moderated a panel including Ben Welle, Road Safety & Health Manager at the World Resources Institute, and Mirjam Sidik, CEO of AIP Foundation, who discussed the importance of scaling up urban design changes to protect child pedestrians as crucial for meeting SDG mobility targets. They were joined by Prof. Abdul Bachani of the John Hopkins Bloomberg School of Public Health and Sarah Ray, a member of the Global Burden of Disease team from the Institute for Health Metrics & Evaluation at the University of Washington, to review the health impact of global child road traffic injury and some of the broader solutions. Sarah Ray highlighted that, according to the IHME’s data, road traffic injury is the 2nd and 5th leading cause of death worldwide respectively for boys and girls aged 9-14, and the first cause of death for both boys and girls aged 15-19.

At another PREVCON session Julio Urzua, Latin America Director for the International Road Assessment Programme, introduced iRAP’s new ‘Star Rating for Schools’ app, which is intended to provide schools and local communities with a tool to undertake basic road safety assessments of their neighbourhoods to enable advocacy with local authorities to demand street design improvements. The app, development of which has been funded by FedEx, is to be road-tested in diverse settings and countries by Child Health & Mobility Initiative partners including AIP Foundation, Amend and Fundacion Gonzalo Rodriguez. FedEx Vice President for Corporate Communications, Neil Gibson, was the keynote speaker at the PREVCON awards luncheon, highlighting the pivotal role the company is playing in supporting child injury prevention through its CSR portfolio. 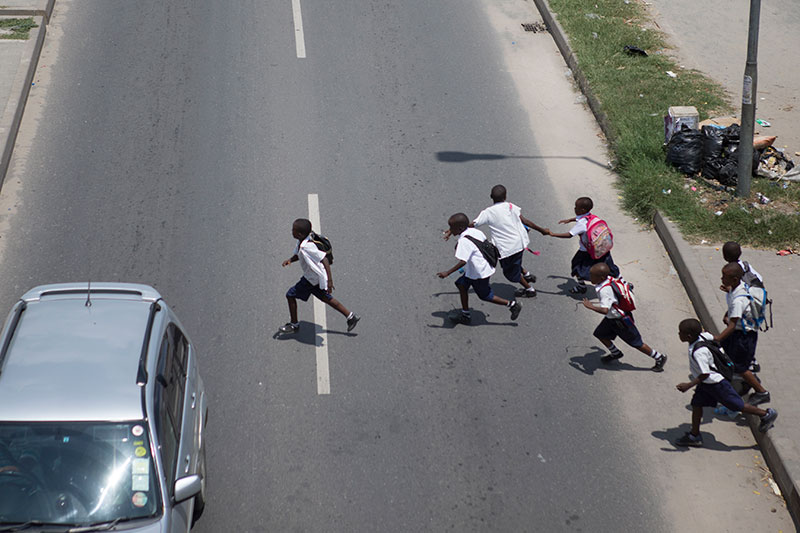