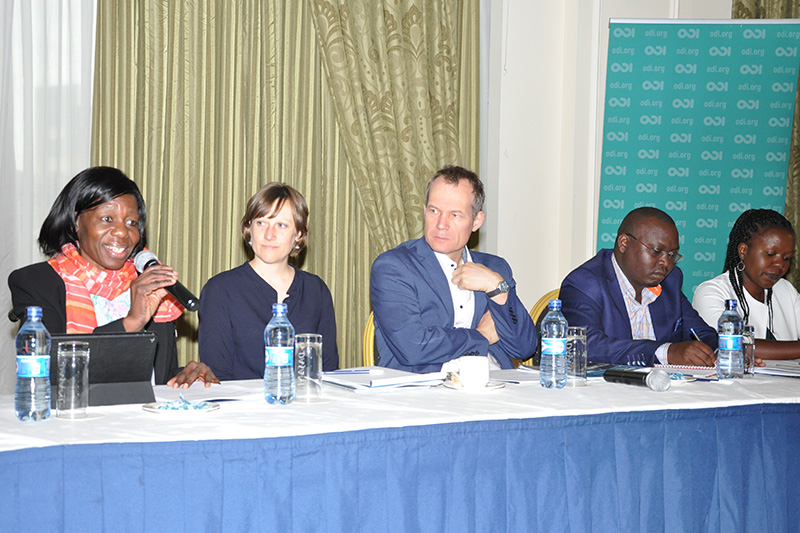 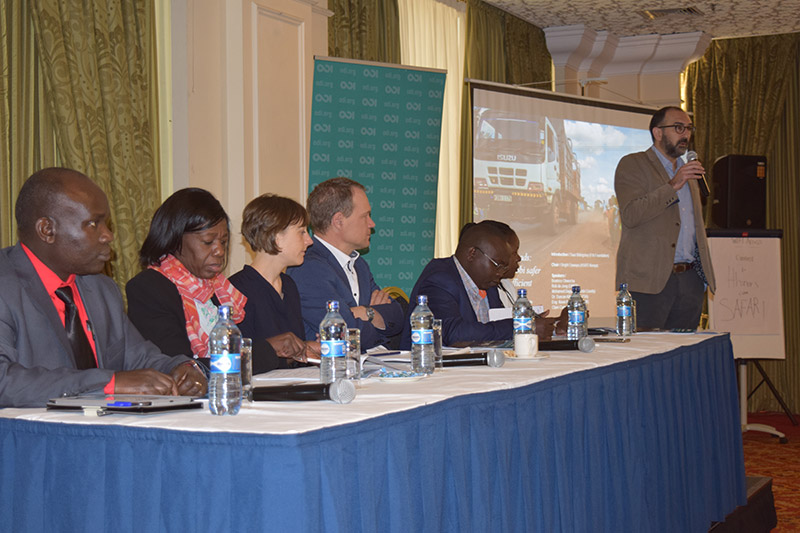 Saul Billingsley, Executive Director of the FIA Foundation, speaks at the launch of the report in Nairobi. 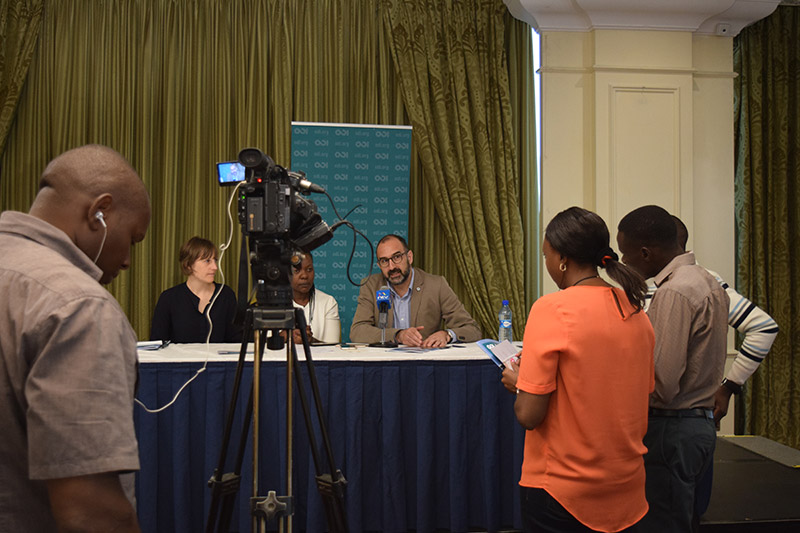 Saul Billingsley spoke to the media about the inequity underlying political decisions on road safety and transport investment. 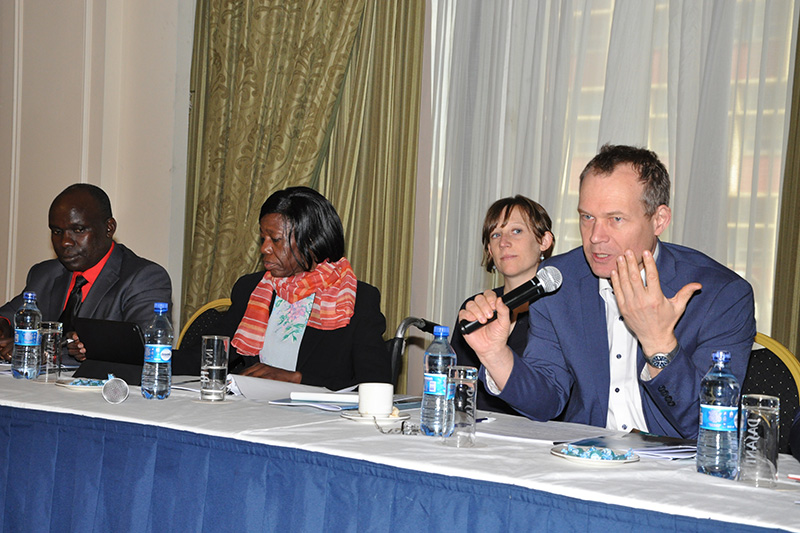 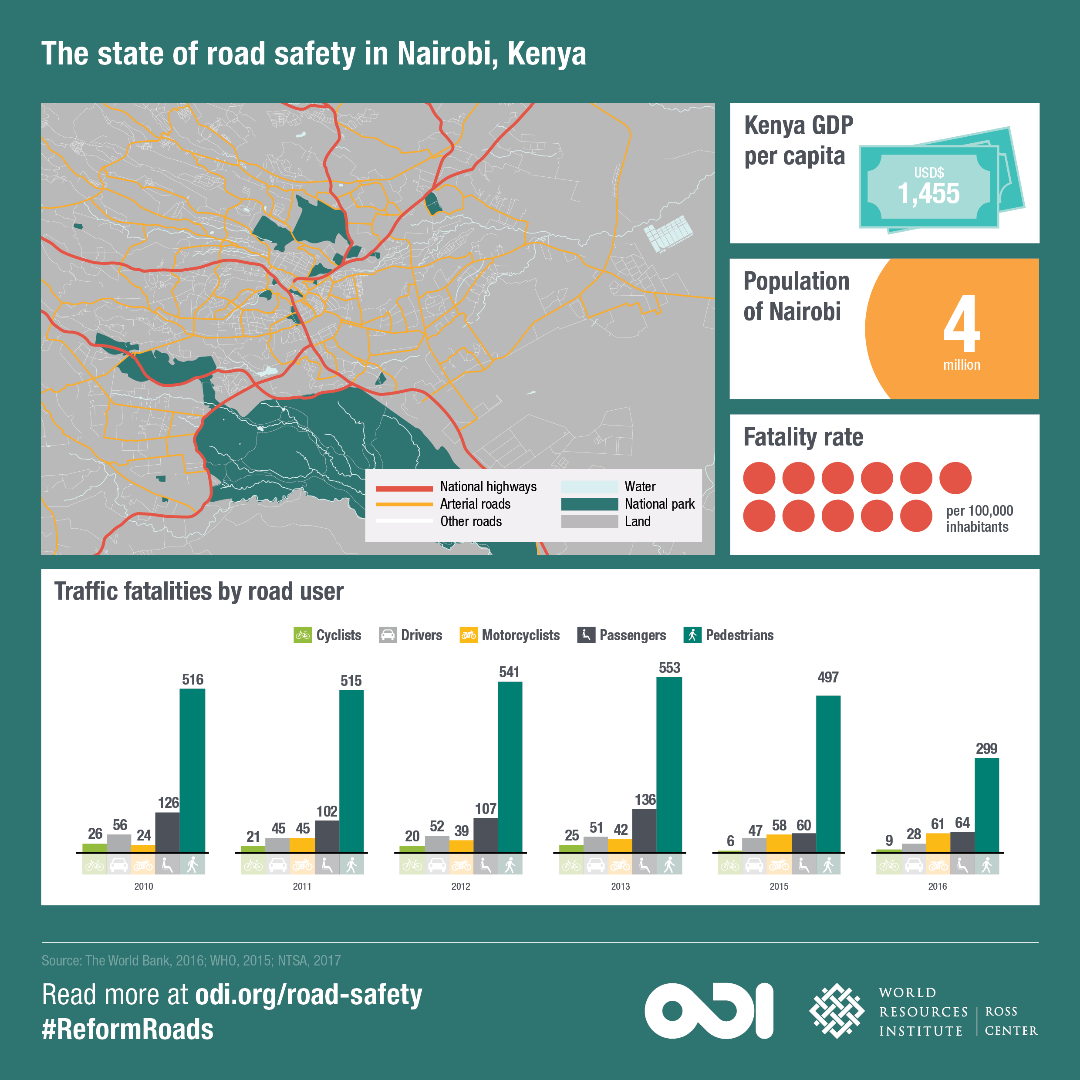 The state of road safety in Nairobi, Kenya. 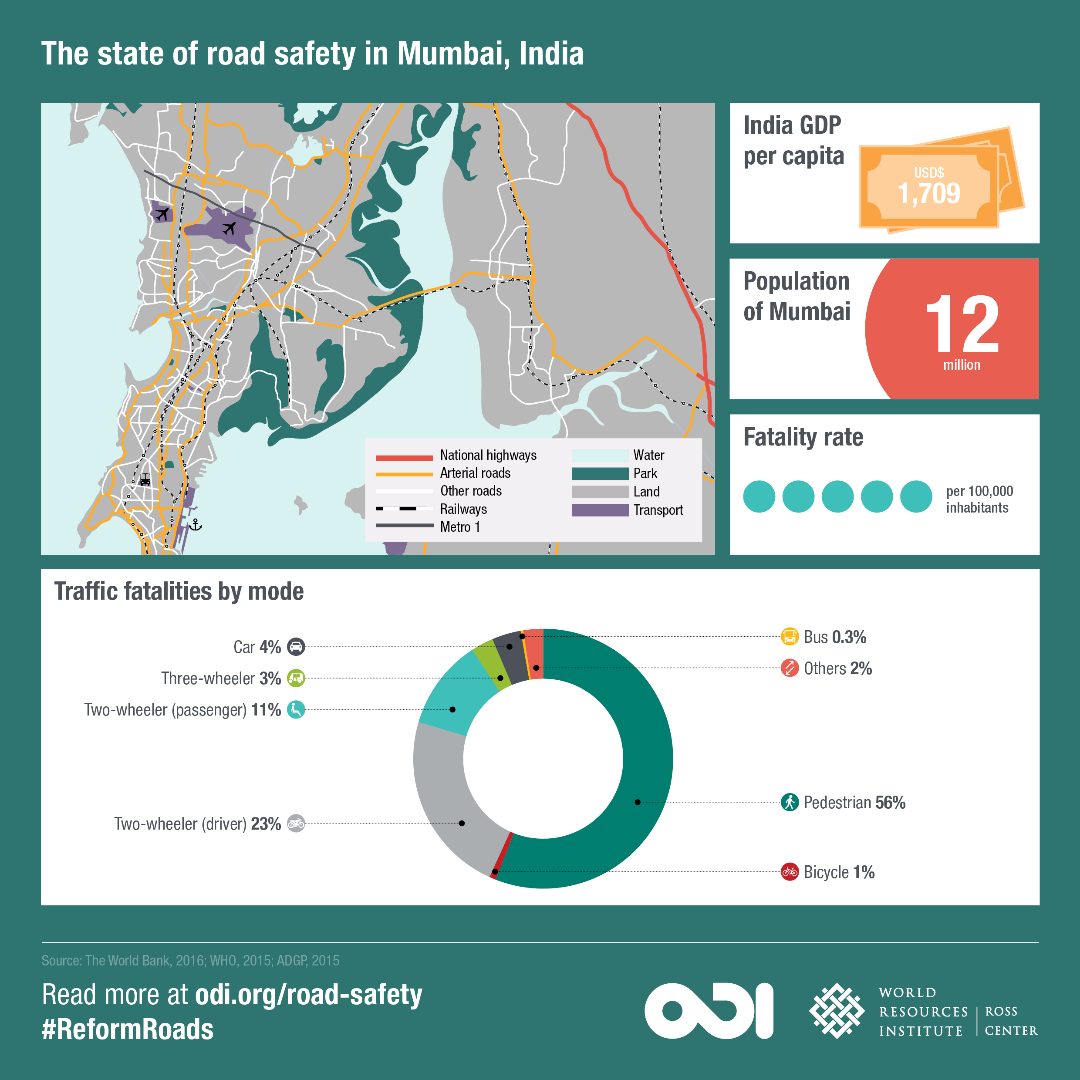 The state of road safety in Mumbai, India. 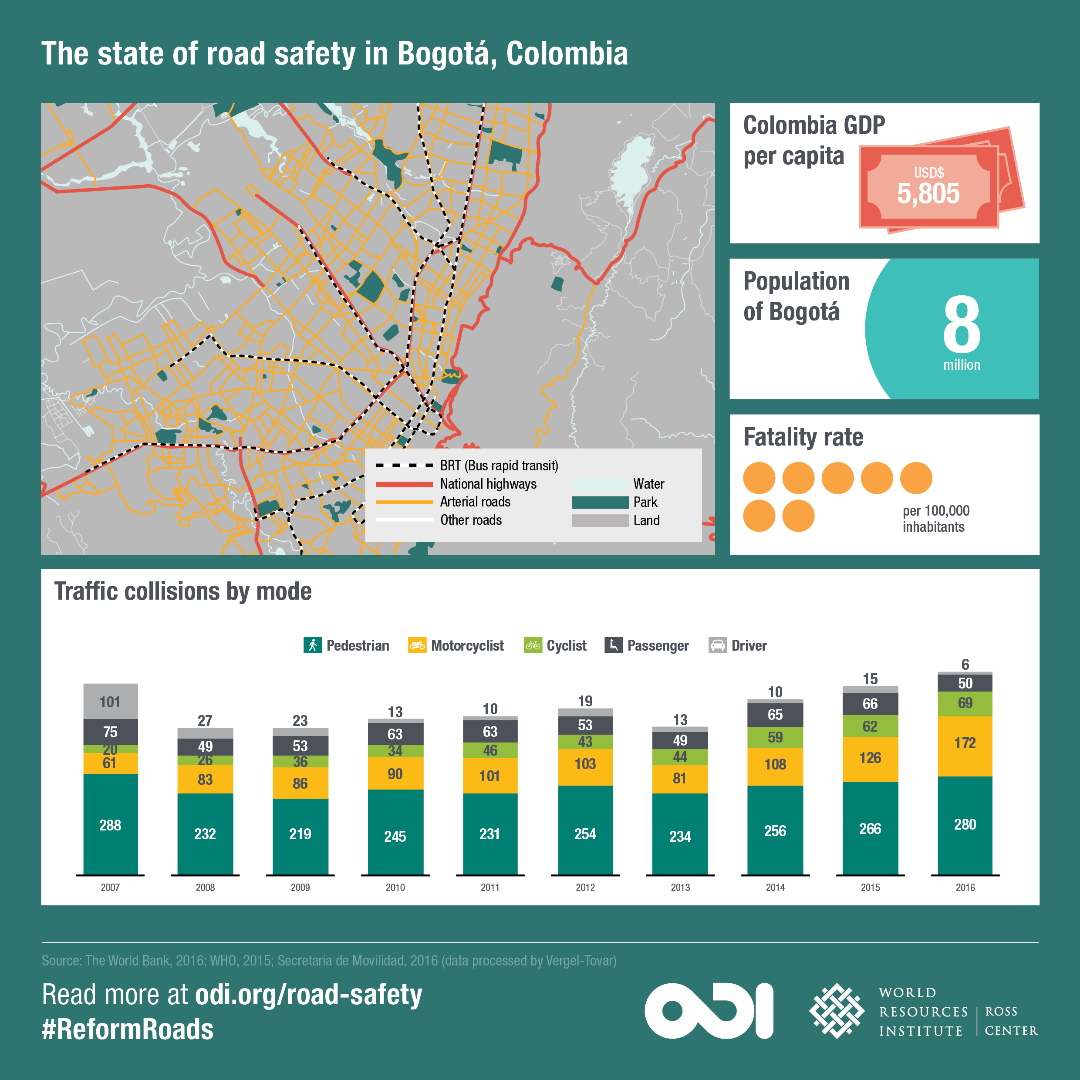 The state of road safety in Bogota, Colombia.

Road safety remains a low political priority in cities around the world, despite the growing number of people killed in traffic collisions, a new study funded by the FIA Foundation warns.

Research, including in-depth analysis of three cities – Nairobi, Mumbai and Bogotá – led by Child Health Initiative partners the Overseas Development Institute (ODI) and World Resources Institute (WRI), found it is the poorer sections of society who bear the brunt of traffic-related injuries and deaths, and that both politicians and the public tend to blame individual road users for collisions, rather than policy-makers or planners.

An estimated 1.25 million people are killed and up to 50 million are injured in traffic collisions each year. Of the fatalities, 90 percent occur in low- and middle-income countries, where urbanisation is fastest. Most are poorer working-age males who tend to use vulnerable modes of transport such as walking, cycling and motorcycling.

The report, ‘Securing safe roads: the politics of change,’ also found that it is possible to balance competing interests and still improve road safety. The city of Bogotá in Colombia reduced traffic fatalities by 60% between 1996 and 2006, when road safety was a political priorities by a series of mayors. The study suggests the fall was due in part to reframing road fatalities as a public health issue and taking an integrated approach to road safety. Improved public transit and pedestrian and cycling infrastructure gave more people safer travel options.

In many cases, road safety is seen to be in direct conflict with other priorities, such as reduced congestion, shorter journey times, or public spending in other areas.

In the cities of Mumbai and Nairobi, the report identifies that politicians favour large-scale, car-oriented projects that generate short-term political rewards moving traffic faster, rather than more safely. This is attitude is compounded by public attitudes that the responsibility for road crashes lie solely with the individual, rather than infrastructure and legislation failures on the part of city and national governance. There are, however, new steps being taken by both cities to introduce road safety plans while Nairobi is developing all new roads with cycling and walking routes.

‘We are increasingly equipped with better knowledge about the types of interventions that can reduce fatalities and serious injuries caused by traffic collisions,’ said ODI researcher Daniel Harris, one of the report authors. ‘These deaths and their enormous social and financial tolls are not inevitable, yet we have seen little progress.’

‘It’s clear that there is a political dimension to reducing road deaths,’ said author Anna Bray Sharpin, transportation associate at WRI Ross Center for Sustainable Cities. ‘It is important that those trying to improve road safety focus as much on building the political case as on the technical solutions.’

The report makes a series of recommendations including:

Speaking at the launch of the report in Nairobi, Saul Billingsley, Executive Director of the FIA Foundation, said: ‘Road traffic deaths and injuries are not ‘accidents’. They are the direct consequence of system failures and political choices. This report clearly shows that, when political will is focused on ending needless road deaths, lives can be saved very quickly, but that focus must translate into long-term investment. If we are to achieve the United Nations’ Sustainable Development Goals target to halve road deaths, a commitment to which Kenya, Colombia and India have all signed up, politicians must start listening and provide safe mobility for the majority of the people who walk, cycle and use public transport.’

Rob De Jong, Head of UNEP’s Transport Unit, also commented at the launch ‘We cannot build our way out of congestion; we need investment in walking and cycling for the future of our cities. Road deaths in Kenya are among the highest in the world, but I’m pleased the report recognizes the progress being made. Through the Share The Road programme with the FIA Foundation we've been working intensely with Nairobi’s city council and a breakthrough budget allocation has been made to include cycle lanes and walkways on all new roads.’

Bright Oywaya, Executive Director of ASIRT-Kenya and Chair of the event, said: ‘Road safety in Nairobi is a vital issue, especially as 23% of all Kenyan road deaths and injuries happen in the city. It’s a cosmopolitan area which has huge numbers of pedestrians and vehicles side by side, so it makes sense to look at the bigger picture of road safety through Nairobi.’

Read the report 'Securing safe roads: the politics of change'