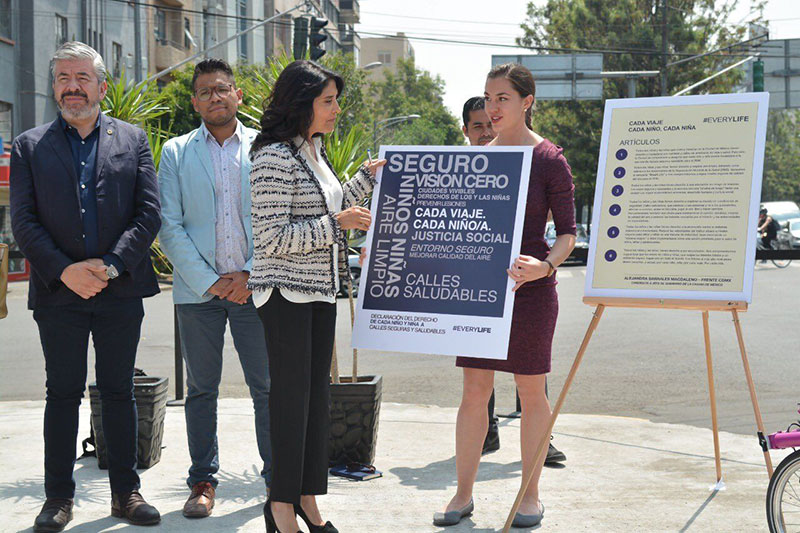 Natalie Draisin with Mayor candidate Alejandra Barrales who signed the #EveryLife Declaration at a dedicated event. 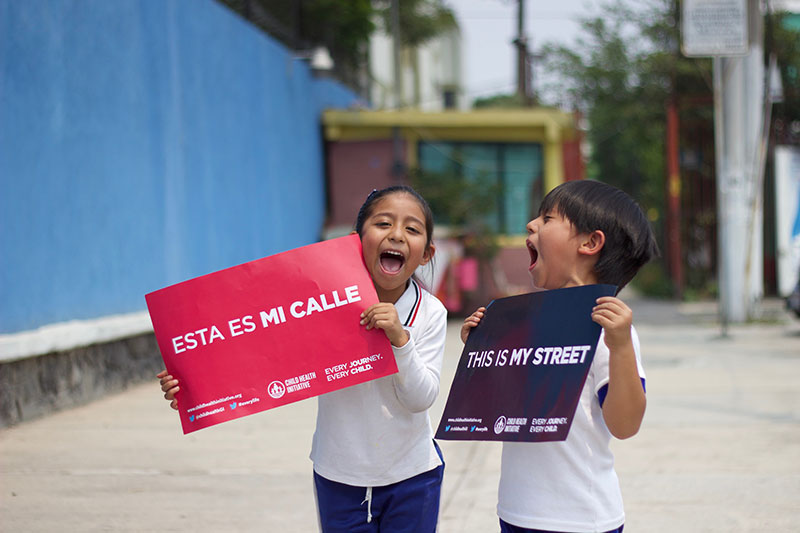 Children in attendance at the high level event with Mayor Jose Ramon Ameiva, demanding their right to use safe streets. 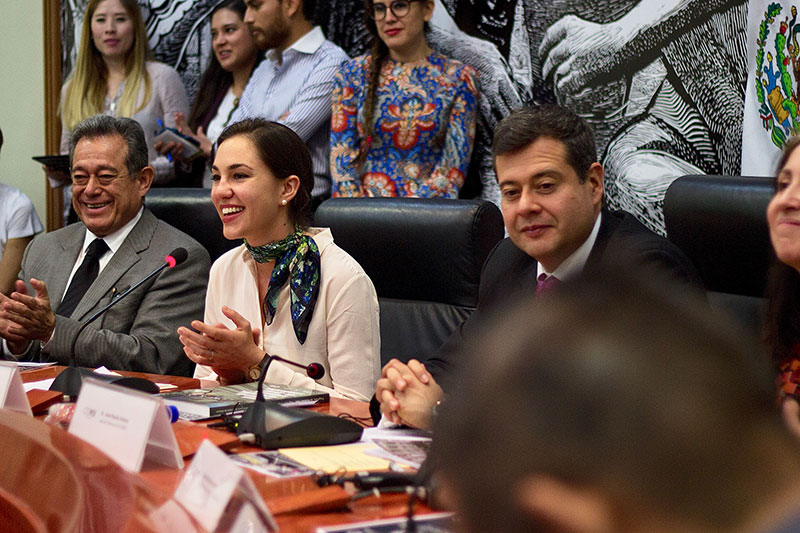 The right of every child to safe and healthy streets has dominated the political agenda in Mexico City this week as the Mayor, Ministers and candidates campaigning for the upcoming elections pledged their support to the #EveryLife Declaration in a series of high level events.

Protecting children, and their right to the city, has been at the heart of the public conversation, building on the hard work of local activists, the Ministry of Mobility (SEMOVI), and our partners Institute of Policies for Transport and Development (ITDP) and the World Resources Institute (WRI).

By signing the #EveryLife declaration, Mayor Jose Ramon Ameiva and Mayoral candidate Alejandra Barrales have shown that the intention to protect the health and safety of the 5 million children in Mexico City transcends political boundaries. Acknowledging every child’s right to safe and healthy streets underpins the commitment to Vision Zero supported by government officials and policy makers across the city.

Mexico City is the first emerging economy to successfully adopt Vision Zero, a philosophy that recognises every road death as preventable. Implementing the Safe System approach to achieve zero road traffic fatalities ensures that inevitable human error is not punishable by death or serious injury.

Speaking at a series of high level events North American Director Natalie Draisin congratulated Mexico City on this commitment to Vision Zero, as support of the #EveryLife declaration featured front and centre of the public debates. Mayor Jose Ramon Ameiva continued to acknowledge the importance of child rights across the city. “If Mexico City aims to protect every child’s happiness it therefore must provide safe public spaces for children to play, as well as safe streets for their journeys,” he stated.

Natalie Draisin said: “A city that protects its children is a city that works for everyone,” highlighting the benefit of putting children, and their rights, at the heart of city policy making.

Globally, children and youth are the most vulnerable road users, along with their grandparents who often walk them to and from school. Both groups are at the mercy of poor urban planning that has prioritised cars over people, with pedestrians making up 60% of fatalities in the region.

FIA Foundation partners ITDP presented pioneering work on Vision Zero at the high level event led by Mayor Jose Ramon Ameiva. Recognising that unsafe schools zones rob children of their right to health, and to education, ITDP is working with pilot schools in low income areas to show how simple interventions to reduce speed and separate pedestrians from traffic can dramatically reduce fatalities. Children are helping to identify the risks, ensuring that the interventions made work for those they seek to protect.

Speaking at the event ITDP Deputy Director for Mexico Gonzalo Peón Carballo said: “In many instances young children are the victims in road traffic collisions. We are directly engaging children on this issue. Our Vision Zero for Youth work around schools has children designing their own streets thus ensuring we create streets that work for them.”

Prior to the implementation of Vision Zero policies, road traffic fatalities in Mexico City were recorded at 1000 per year, with pedestrians and cyclists making up over half of this total. Road traffic fatalities decreased by 18% in the first six months of adopting Vision Zero, yet there are still great challenges ahead and a desperate need to keep up the momentum as the city heads to the polls.

“ITDP is working with the FIA Foundation to address data gaps, and vulnerable areas such as school zones,” said Bernardo Baranda, ITDP Regional Director of Latin America. “As Mayor Miguel Ángel Mancera turns his focus to the national stage in 2018, Mexico City is left without its original Vision Zero champion. ITDP is addressing this gap directly and working to put people-centered street design—and the lives saved through Vision Zero policies—on candidates’ agendas.” 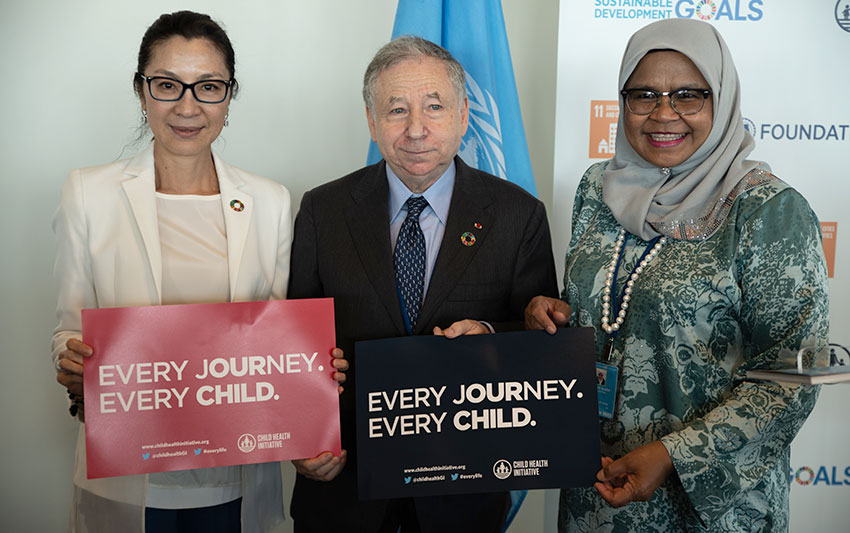 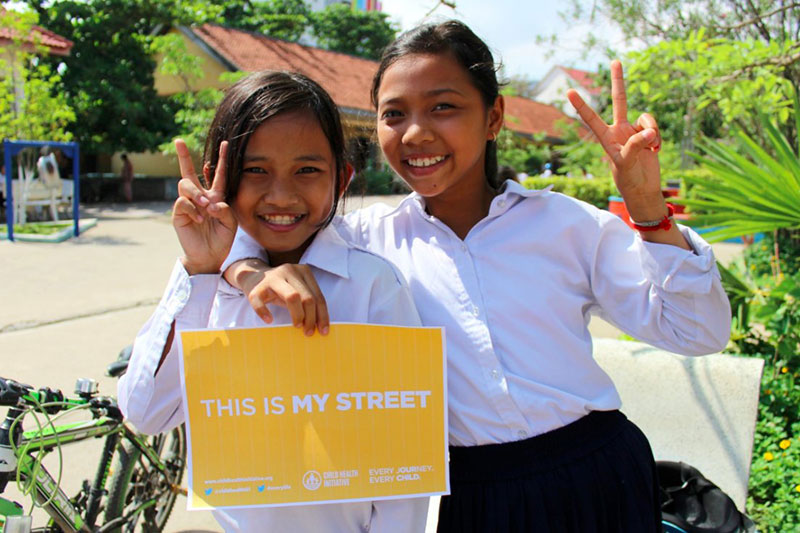 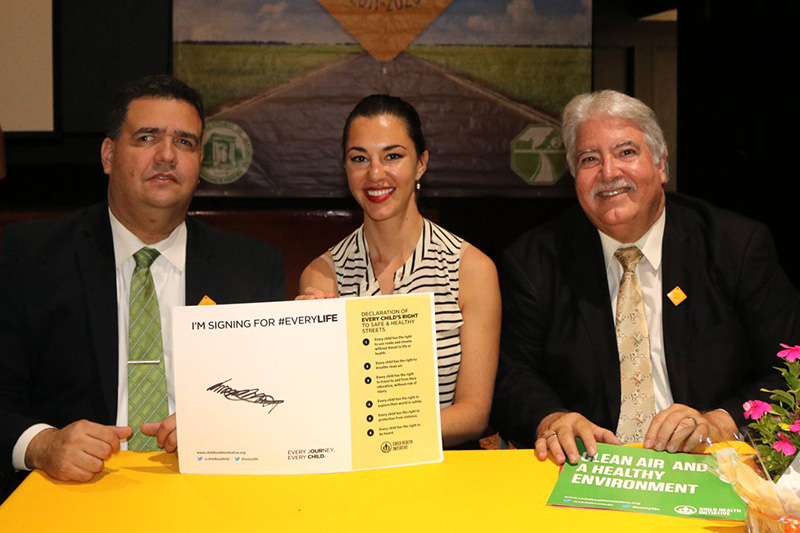 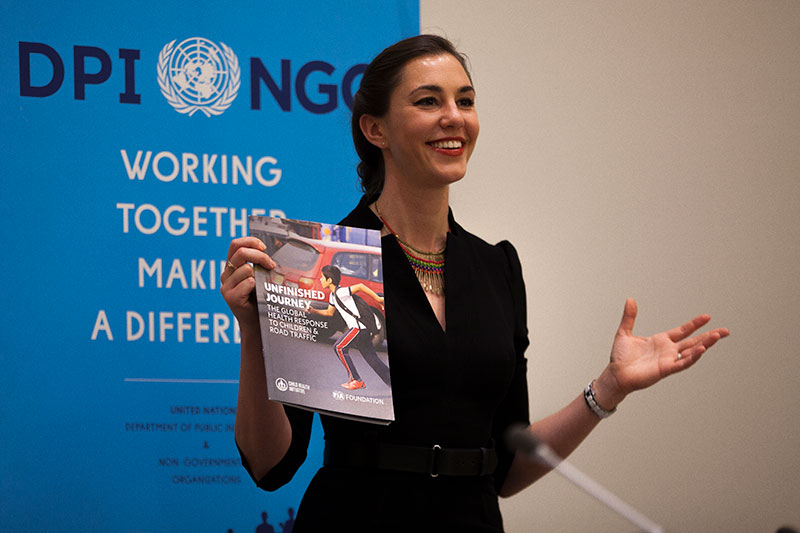