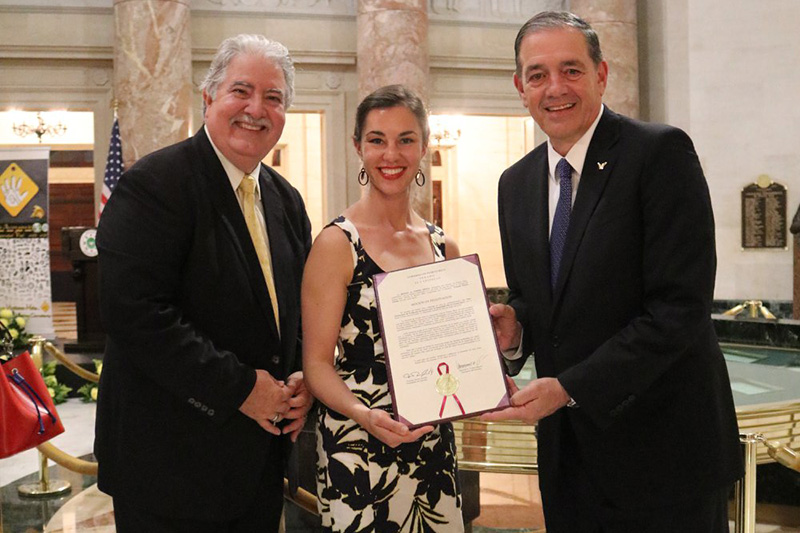 Senator Henry Neumann presents a proclamation formally commemorating the anniversary of the Decade of Action and featuring Vision Zero for Youth. 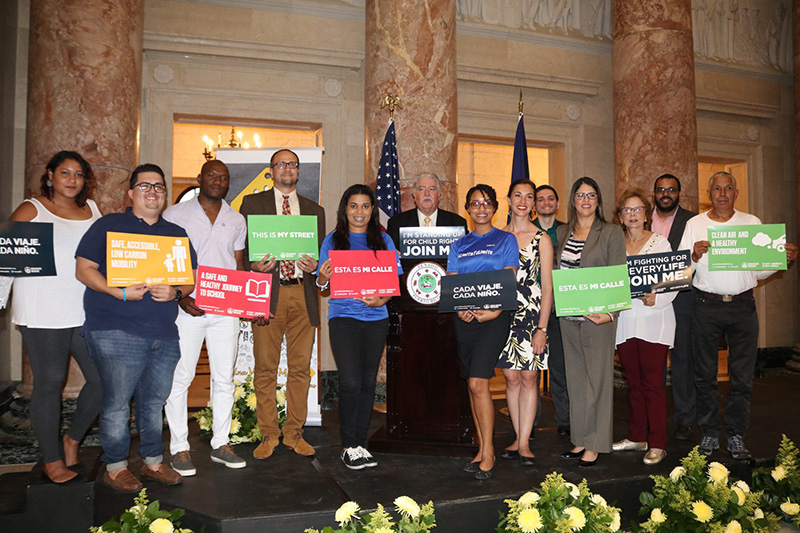 Leaders and students gather annually at the capital to celebrate the anniversary of the Decade of Action. 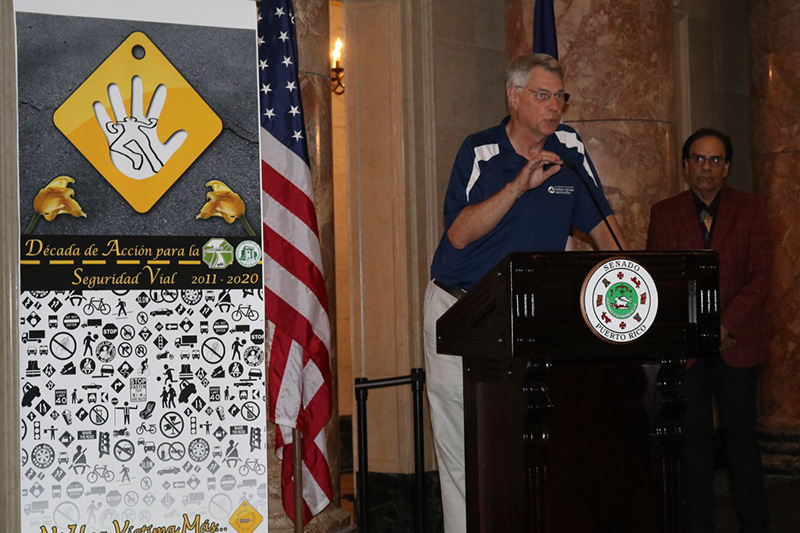 Puerto Rico’s Secretary of Transportation signed the #EveryLife Declaration at the annual Decade of Action commemoration, highlighting Vision Zero for Youth as a way to protect the island’s children.

Since the beginning of the Decade of Action, Puerto Rico has seen decreases in injuries and fatalities on the roads. However, vulnerable road users are at much higher risk than in the United States on average. The country is facing trends headed in the wrong direction.

In Puerto Rico, speed in particular is a major issue. In 2016, speed accounted for 35% of fatalities, compared to the nationwide average of 27%. Pedestrians fatalities are nearly double that of the national average. The combination of high speeds and pedestrian fatalities, paired with strong political desire to protect youth, makes the island ripe to implement Vision Zero for Youth, which has been spreading across the US.

Dr. Colucci, a professor at the University of Puerto Rico at Mayaguez and longtime road safety champion, organized a Decade commemoration at the capital, and a high-level event to discuss Vision Zero for Youth together with students and the community. At the event, Secretary of Transportation Carlos Contreras signed the #EveryLife Declaration. “We must protect all road users, children included. Pedestrians are particularly at risk, and we must focus on ensuring they can use our roads safely,” he said.

“We aim to reach zero in Puerto Rico,” said Puerto Rico Senator Henry Neumann at the capital, emphasizing the life-saving potential of Vision Zero for Youth. Mike Henry, speaking on behalf of the Federal Highway Administration, addressed students and said, “Today, 10 people died, and 10,000 were injured. We can reach zero deaths on highways, together. You are our future, and you can help us reach our goal.”

Leaders from a wide range of sectors, including academia, the insurance industry, government, and nonprofits were eager to implement Vision Zero for Youth on the island. “The recent tragic hurricane presents a unique opportunity to implement Vision Zero for Youth, or Vision Zero Para la Joventud. You can rebuild streets with safety, and with youth in mind. When we make streets safe kids for kids, we make them safe for everyone. Puerto Rico is small enough to can see change quickly, and strong enough to address safely proactively,” said Natalie Draisin.