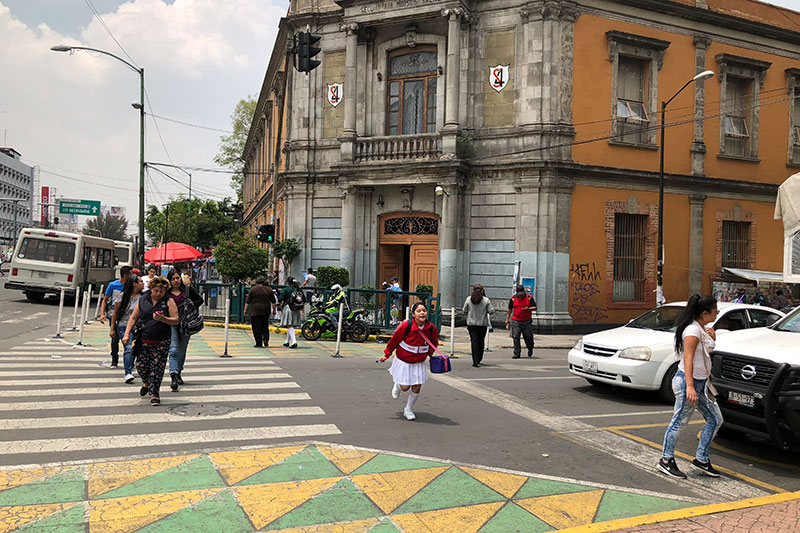 Students were directly involved in re-designing the busy street, to ensure cars slow down. 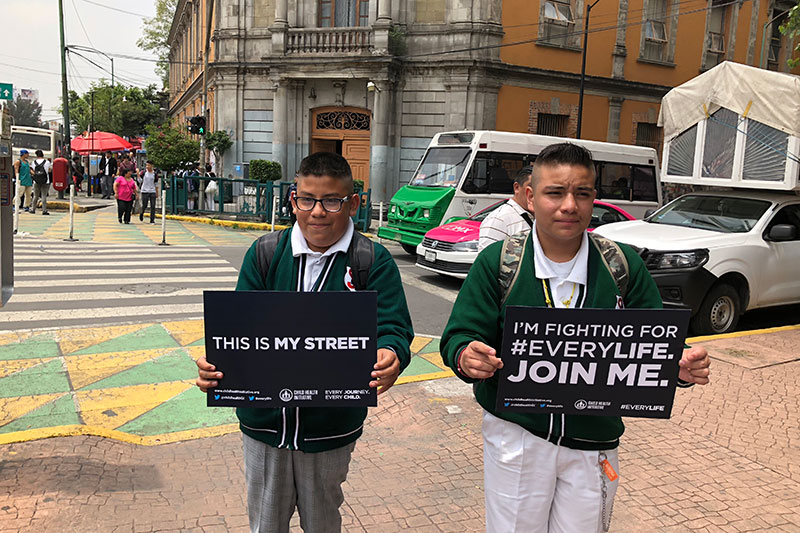 Children campaign to ensure their rights to safe and healthy streets are recognized. 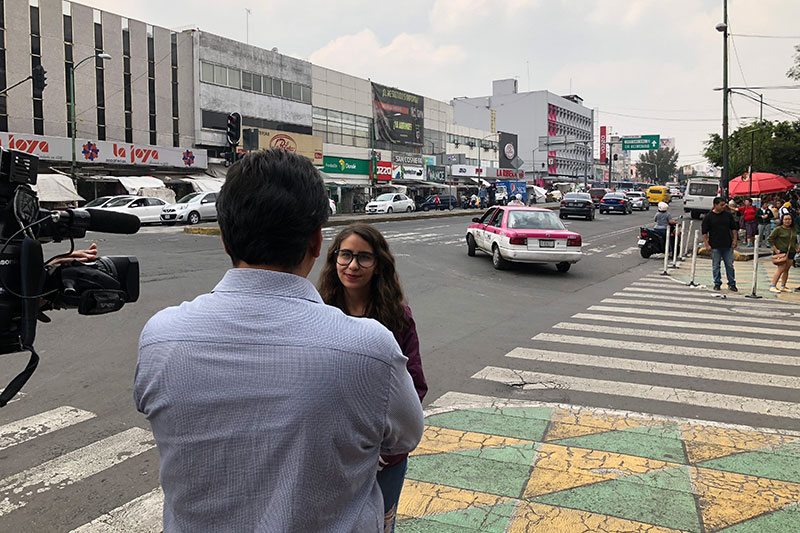 Throughout the pilot project, the media has been heavily involved. Here, third grader Hafida Al-Hassan Abdo is interviewed about her involvement in the project. 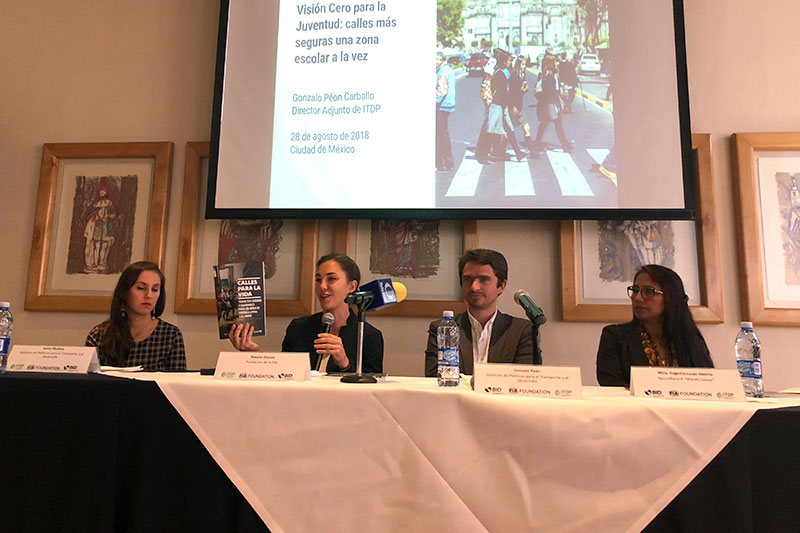 ITDP, FIA Foundation, and the Inter-American Development Bank encouraged the new administration to ensure the continuity of Vision Zero for Youth.

Alongside the FIA Foundation and Inter-American Development Bank, ITDP praised the outgoing administration for their help in successfully implementing the project, and provided guidance for the new administration to continue and improve efforts to protect children on roads around schools.

ITDP has played a key role in implementing Mexico City’s life-saving Vision Zero initiative and ensuring it survives administration changes. Since it began working with the FIA Foundation in 2016, the organization has increasingly focused on protecting children, by launching Vision Zero for Youth. It has successfully placed children at the heart of the political agenda, getting support from Mayors for the child health declaration and Vision Zero for Youth.

Now, ITDP is focusing on ensuring continuity through the administration of Mayor-elect, Claudia Sheinbaum Pardo, due to begin her six-year term in December 2018. At an August 28 meeting with the FIA Foundation and the Inter-American Development Bank, they launched their report detailing the successful pilot Vision Zero for Youth project at a public school known for its active community and committed teachers, Secundaria 4 Moisés Sáenz. The report, “Vision Zero for Youth: Making streets safer one school at a time” outlines successes and challenges, and can be used as a model to replicate and scale the project elsewhere. They also launched a report evaluating Vision Zero in the city to provide guidance to the new administration on continuing and improving the initiative.

Mexico City is the first emerging economy to implement Vision Zero for Youth, a needed initiative in an area with high levels of poverty, pedestrians, obesity, and air pollution - a deadly combination. “Vision Zero for Youth magnifies the city’s Vision Zero principles in a specific area, the school environment. Before Vision Zero began here in 2015, crashes killed around 1,000 people per year—almost three per day, about half of which were pedestrians or cyclists. Since then, we improved road safety regulations, street design, and sustainable mobility, leading to a 21% decrease in road traffic fatalities. However, we cannot achieve zero if we do not focus on our most vulnerable road users, children. Road traffic injuries are the leading cause of death for children between 5-9 years old, and the second for adolescents and young adults 10-20 years old. Almost 60% of students walk to school, and 85% of road traffic fatalities occur during the walk to and from school.” said Gonzalo Peon, ITDP’s Deputy Director for Mexico.

Targeting the walk to and from school, the pilot project brought together teachers and students to identify the most dangerous intersection near the school, learn about different traffic calming measures, and implement a temporary street redesign. “Before we redesigned the street, children had to run across to avoid being hit by cars. Buses went very fast around the corner, and couldn’t see us. It was very unsafe. Now, they have to slow down, keeping us safe.” said Hafida Al-Hassan Abdo, a third grade student who participated in the project. Directly involving students in changing the streets increases road safety awareness, empowers them to create the streets they want, and exposes them to career options in urban design, road safety, public health, and related fields.

With the help of volunteers from AXA, an insurance company, and the Urban Management Agency, ITDP made the temporary changes permanent, widening sidewalks, reducing pedestrian crossing length, installing speed humps, and adding bollards. ITDP plans to work with the new administration to scale up the project and implement it in other schools.

The benefits extend far beyond road safety. At the launch event, Natalie Draisin, North American Director and UN Representative, said: “Vision Zero for Youth isn’t just about ensuring our children’s rights to walk to school safely. It’s about their right to a healthy environment, too. One more person walking means one less person in a car that’s delivering toxic emissions directly into the mouths of our children. Mexico City needs this help – air pollution is twice the acceptable level here, and vehicle emissions are to blame for over 60% of it. Air pollution in Mexico takes about a half a year off our lives. The administration has been working hard to change this trend. I’m hopeful Mayor-elect Sheinbaum will continue these efforts and see the links between safety and sustainability. She has unique expertise in this area, as a scientist and environmental engineer dedicated to fighting climate change and keeping her citizens safe on roads.”

Media coverage of the event can be found here: