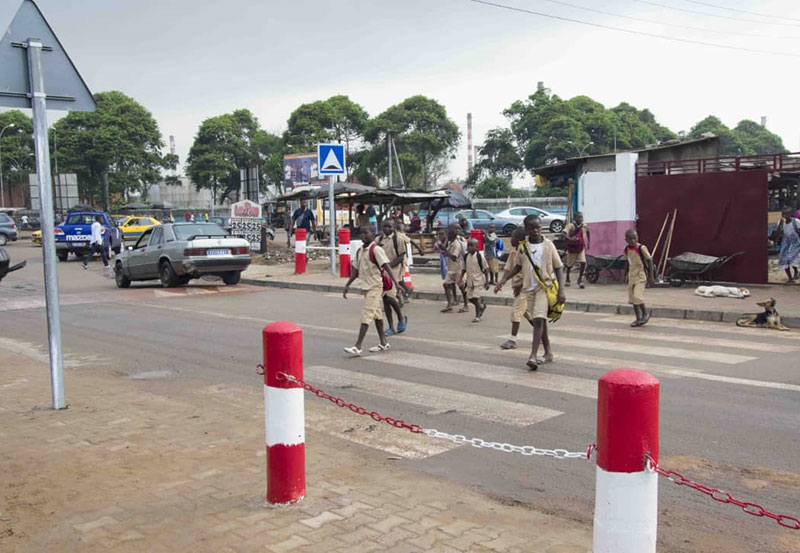 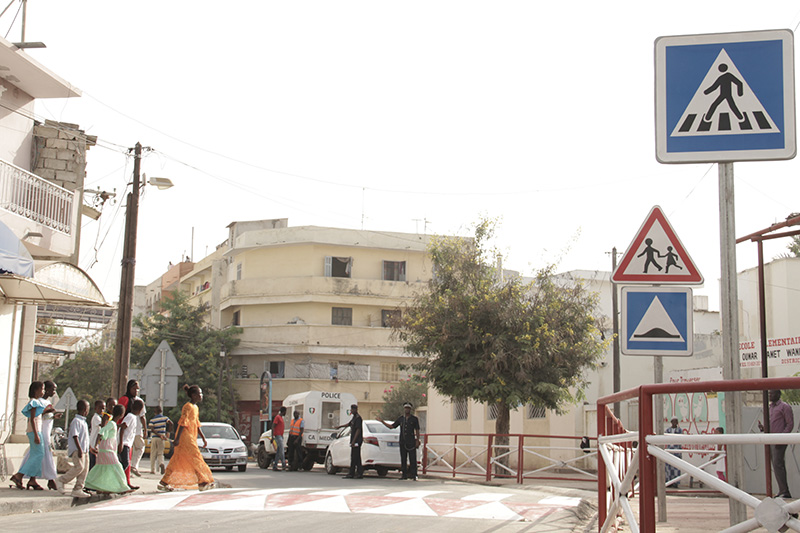 Child Health Initiative partner Amend has won the prestigious WRI Ross Prize for Cities, beating almost 200 applicants to the $250,000 award. Amend’s School Area Road Safety Assessments and Improvements (SARSAI) programme was recognised for its ‘affordable, life-saving and scalable’ interventions. SARSAI has been supported since inception with grants from the FIA Foundation.

Stephen Ross said: “Cities need to constantly evolve, and creativity and technology can play an important role in seeding change. What SARSAI shows is that big changes can start small and make an important difference. SARSAI can quite literally save lives day one of implementation. They identified a critical problem and created an innovative solution that is clearly resonating. Our hope is that SARSAI and all of the 190 other initiatives submitted will spark change and inspire new solutions globally.”

“Road safety is about so much more than just saving lives,” said Ayikai Charlotte Poswayo, SARSAI Program Director for Amend. “By designing from the point of view of the child pedestrian, we are designing for the safety and security of all.”

The FIA Foundation’s Executive Director, Saul Billingsley, said: “This is a remarkable achievement by Amend, and important recognition and validation of the huge life-saving potential the SARSAI approach could have if taken to scale. SARSAI is a proven vaccine for an unfolding public health disaster in Sub-Saharan Africa. I am proud that the FIA Foundation has funded Amend’s research programme and ongoing demonstration projects. SARSAI is affordable and effective and needs to be implemented now in cities across the continent and beyond.”

The premise is a simple one – every child should be able to access education safely. But that is far from the reality. Violent road crashes are the leading cause of child death over the age of five. A child in sub-Saharan Africa is twice as likely to die in a road crash as a child in any other region of the world, despite being home to just 2% of the global’s vehicle fleet.

The continent’s swift urban sprawl is being accompanied by an unprecedented demographic youth bulge. Cities have never had such a large youth population, and yet, for the most part, are failing to provide the infrastructure needed to keep young people safe. A survey by another FIA Foundation partner, iRAP, has found that more than 90% of roads in the region where both pedestrians and fast traffic are present have no footpaths.

The SARSAI programme is helping one of the most at-risk pedestrian groups in the world to be prioritised within the urban design process. Streets are re-shaped, introducing footpaths and traffic-calmed crossings, creating space specifically for pedestrians, changing behaviours, and reducing vehicle speeds. In Dar es Salaam, Tanzania, where the city is expected to double in size by 2025, those challenges are keenly felt. When the SARSAI project began assessing the city, it discovered that half of the 360 government-run schools registered at least one pupil injury each year, but at the 22 most high-risk schools more than 1% of their pupils were injured or killed each year.

At these high-risk schools, the SARSAI programme systematically assesses the area to identify measures to improve road safety, makes the case to the local government and demonstrates how to implement them.

The costs are low, at around $25,000 USD per school area, and imminently feasible; it takes just days to implement basic infrastructure such as signs, sidewalks, and speed humps once government approvals have been granted. What is most remarkable though are the results: reduced injury rates by as much as 26%.

SARSAI is the first road safety programme of any type proven to reduce road traffic injuries among children in sub-Saharan Africa. The simple, data-driven approach has been replicated in more than 50 school areas in nine countries across sub-Saharan Africa.

The programme’s impact stretches far beyond those schools. Governments cannot ignore the hard data that proves road safety interventions are effective, affordable, and practical. That is why the FIA Foundation is so proud to partner with Amend to build lifesaving infrastructure while also making the case to governments for investment in the long-term, sustainable implementation of solutions to save lives and money.

SARSAI is a truly successful example of a targeted intervention to help some of the most vulnerable – and voiceless – communities, in the most dangerous urban spaces. But it is also so much more than that, it is a catalyst for urban change across the world.