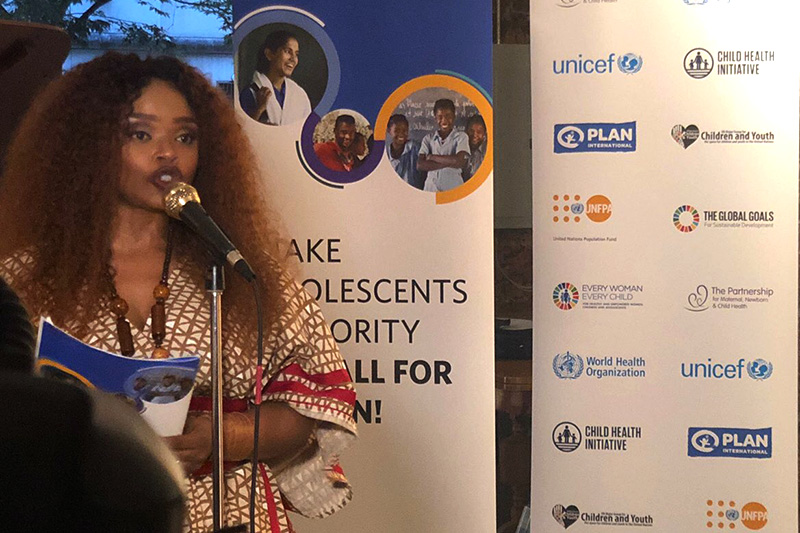 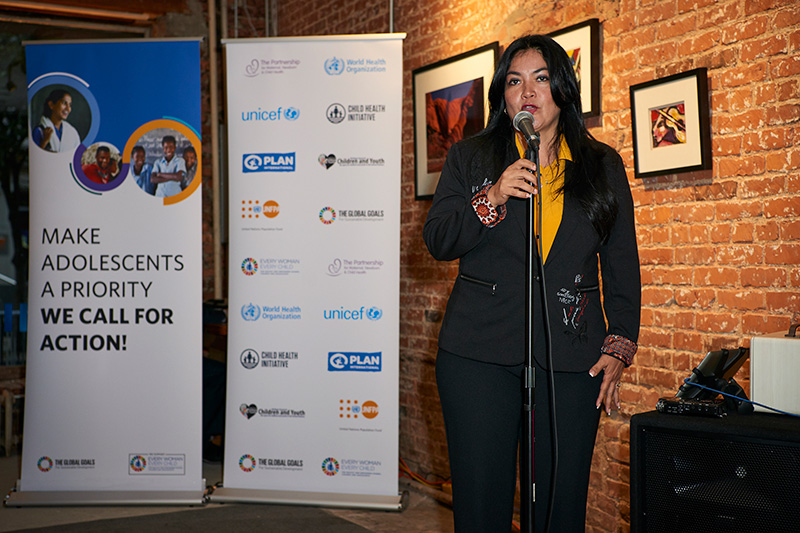 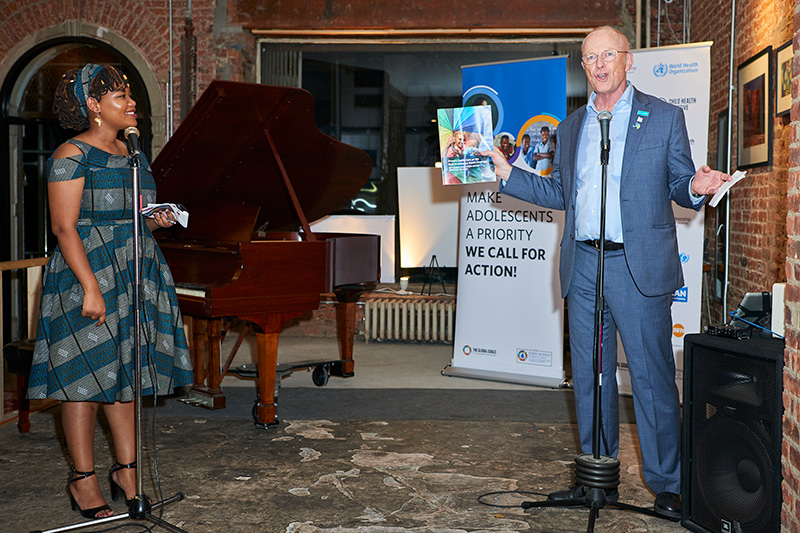 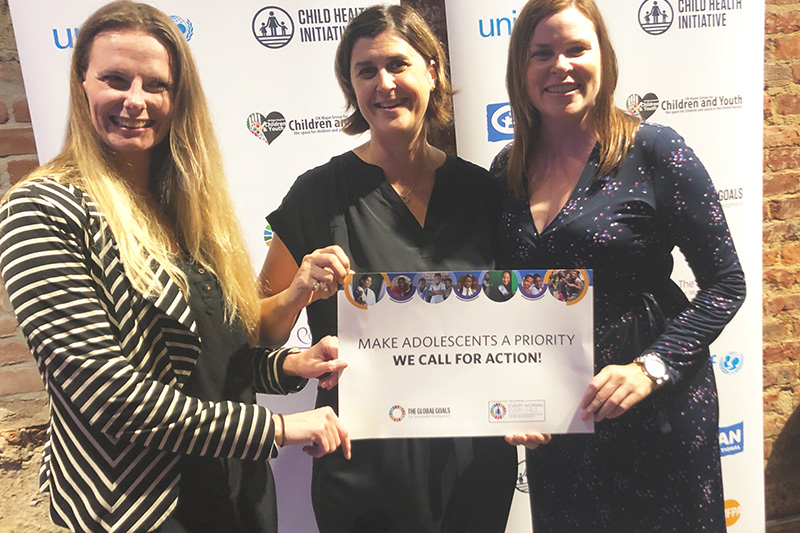 Call to Action supporters.
Watch PMNCH Board Chair Helen Clark support the call to action on adolescents at the UN General Assembly.

A global ‘Call to Action’ for adolescents, which includes a focus on road traffic injury, has been issued by international organisations in New York.

The Child Health Initiative, coordinated by the FIA Foundation, joined partners including UNICEF, the WHO, Plan International, the Partnership for Maternal Newborn and Child Health, UNFPA and the UN Major Group for Children and Youth in issuing the Call to Action.

The Call to Action was issued for consultation among international partners and youth constituencies through to November. A key part is a call for a Global Adolescent Summit which has been a major advocacy focus for the Child Health Initiative. A Summit would aim to “increase significantly the levels of commitment and global funding for adolescents and accelerating action through to 2030”. The issues covered would include increasing the response to road traffic injury and action on other major burdens such as mental health, sexual reproductive health, violence and Non-communicable diseases.

Addressing over 200 delegates from governments, international organisations and youth campaigners, Zoleka Mandela said: “Let’s commit to real action. Let’s accelerate our efforts as we enter the final decade of the SDGs.

“I urge you to support the Call to Action being raised here in New York ahead of the UN General Assembly. Let’s work towards a Global Summit on Adolescents so that we can increase the funding and solutions for young people around the world.” She addressed a range of government representatives including from Ecuador, Ghana, India and Finland. Adolescents and Youth Constituency Chair Gogontlejang Phaladi from Botswana moderated the event which was opened by Minister of Health from Ecuador, Dr. Catalina Andramuño.

Helen Clark said: “It’s a huge concern that we are leaving young people behind. In truth, it’s our youth who need to be front and centre of the SDG effort. We certainly don’t want leaders to move on from the High-Level Meeting [on Universal Health Coverage] at the UN and forget about adolescents. What we’re concerned about is how do we build momentum.”

UNICEF Global Chief of Health Stefan Peterson highlighted the need to address issues affecting adolescents as a whole, issues including road traffic injury, mental health and violence. He said that the global response must take into account the root causes, citing the need for policy change in areas such as nutrition and urban planning, ensuring that the environment is safe and healthy for young people.

Gogontlejang Phaladi voiced the concerns of young people themselves. “We’ve already heard from adolescents from around the world a strong call for our leaders to step up and walk the talk. We need real political commitment. We’ll continue to ask young people about their concerns and we want their leadership and input in this Call to Action. What’s for sure is that it’s going to be increasingly difficult for our leaders to ignore us.”

The event was held on the eve of the High-Level Meeting on Universal Health Coverage (UHC) at the UN General Assembly. Following concerted advocacy by the Child Health Initiative and its partners, the political declaration for the High-Level Meeting included commitment both to improved health outcomes for adolescents and also an emphasis on greater support to prevent road traffic injuries. UNFPA Deputy Executive Director Dr. Dereje Wordofa said that progress towards UHC requires a strong focus on adolescents including services designed around young people’s needs.

The Call to Action will be available for consultation through to the International Conference on Population and Development in Nairobi on 12-14 November.