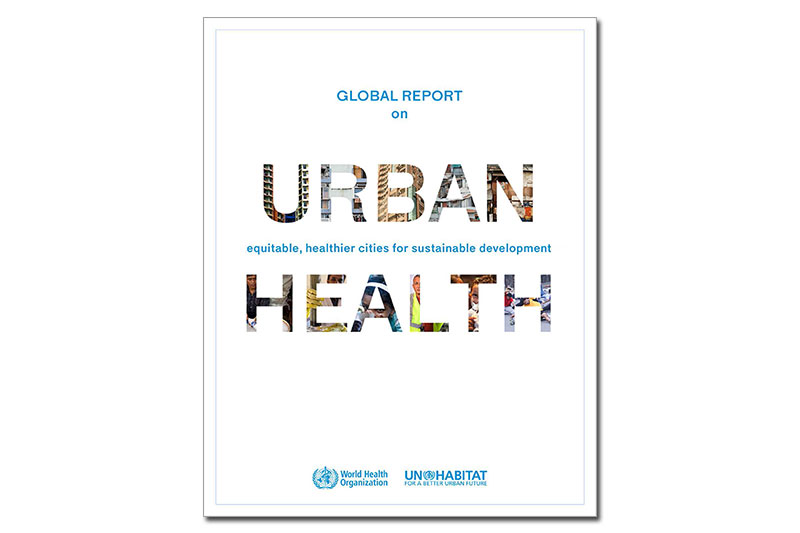 The report was launched as part of the Habitat III process. 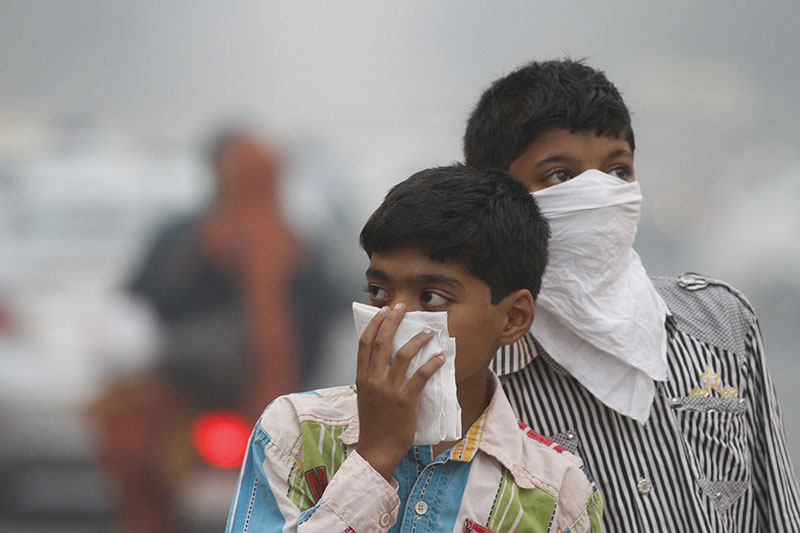 It includes a focus on urban planning for environmentally friendly transport and road safety, and highlights the impact on young people.

Cities should prioritise investment in safe and sustainable transport and design compact cities and urban hubs to enable walking, cycling and reduce car dependence as vital contributions to improving urban health, recommends a new report from the World Health Organization and UN Habitat.

The report, ‘Global report on urban health: equitable, healthier cities for sustainable development’ was published on 31st March 2016 as a contribution to the Habitat III process. It includes a focus on urban planning for environmentally friendly transport and road safety, and highlights the impact on young people. These policy areas are priorities for the FIA Foundation, which welcomed the report.

The new report provides data on health of urban residents from nearly 100 countries, an update to the first joint report, ‘Hidden cities: unmasking and overcoming health inequities in urban settings.’ Setting a baseline for the new global health and development agenda in the Sustainable Development Goals and Universal Health Coverage, the report shows how shaping healthier urban environments – not just strengthening health systems – plays a key role in improving health. Exploring the challenges of health and health inequity in cities, the report also presents solutions and examples for working across sectors to tackle health challenges.

Emphasizing the power of city planning to create safe, environmentally friendly, equitable cities, the report underlines the growing disparity between the rich and poor as the world’s urban population increases. For example, there is a higher incidence of road traffic injuries and deaths in low- and middle-income areas compared to high-income areas. The young are disproportionately impacted, but this inequity can be addressed with proper planning.

Causes include disparate infrastructure, enforcement of traffic regulations, and implementation of road safety measures. Another contributing factor is the increase of urban sprawl, leading people to live farther from their daily needs, forcing them to rely on private vehicles to get from one place to another. With the increase of motorization and population comes greater risks in regards to safety and health. There is a direct correlation between the increasing use of motorized transport and urban sprawl, air pollution, road traffic injuries and deaths, and sedentary behaviour associated with the rise of non-communicable diseases in cities. The population most affected is children in low- and middle-income countries.

The links between Sustainable Development Goals 3.9 and 11.6, to reduce air pollution, and 3.6 and 11.2, to improve road safety, provide opportunity to address this disparity, working across sectors. Solutions emphasize the co-benefits of achieving these goals, through alternative transport options that foster greater physical activity and reduce air pollution. For example, implementing cost-effective Bus Rapid Transit, (BRT), installing dedicated bike lanes or walking paths reduces vehicle dependency and improves mobility and accessibility. In turn, there is a lower likelihood of road injuries and deaths, and exposure to air pollution. More people have access to jobs and education, and cities become more walkable, resulting in increased physical activity and less non-communicable diseases.

The report offers examples of cities which proactively and retroactively became healthier for the three billion urban dwellers that will move to urban areas in the future. Cities cited in the report that are introducing or building on sustainable mobility policies to make their environments healthier include Sao Paulo, Brazil; Bogota, Columbia; Istanbul, Turkey; Mexico City, Mexico; Los Angeles, US; and Copenhagen, Denmark.

City planning has widespread impacts on the ability of residents to live long, healthy, and productive lives – a topic at the heart of the upcoming Habitat III conference on Housing and Sustainable Urban Development. “A healthy population is essential for creating economically competitive and inclusive cities,” said Joan Clos, Executive Director of the United Nations Human Settlements Programme (UN-Habitat). “This new report documents opportunities for joint action to implement the SDGs, and is an important contribution to the Third United Nations Conference on Housing and Sustainable Urban Development to take place in Quito in October 2016 and to the realisation of the New Urban Agenda.”

Saul Billingsley, Director of the FIA Foundation, welcomed the report: “This is an important and authoritative contribution to this year’s Habitat III debate defining the liveable city and places transportation policies firmly at the centre of the urban health agenda. To meet the objectives of the SDGs, for health, for the environment and for sustainable cities, investment in safe, clean, fair and green urban mobility must be a priority, not an optional add-in. This is the message the FIA Foundation is taking to Habitat III meetings, in our discussions with policymakers, and in the programmes we are supporting in cities around the world.” 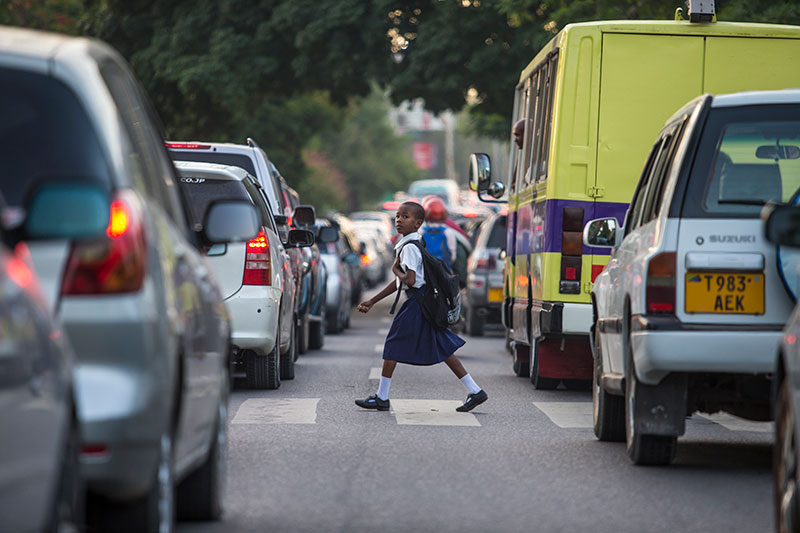 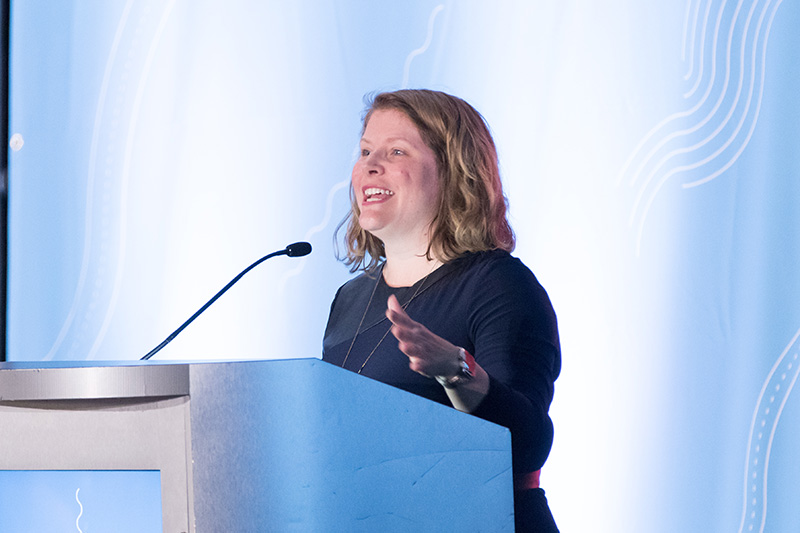 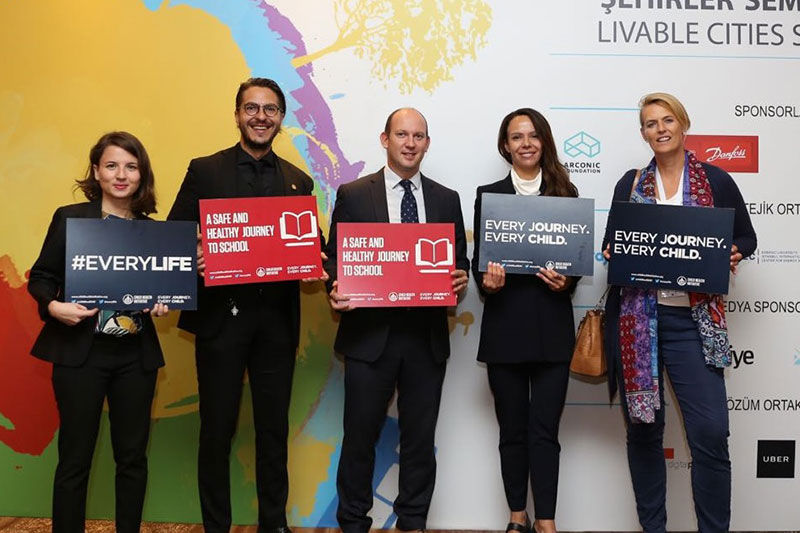