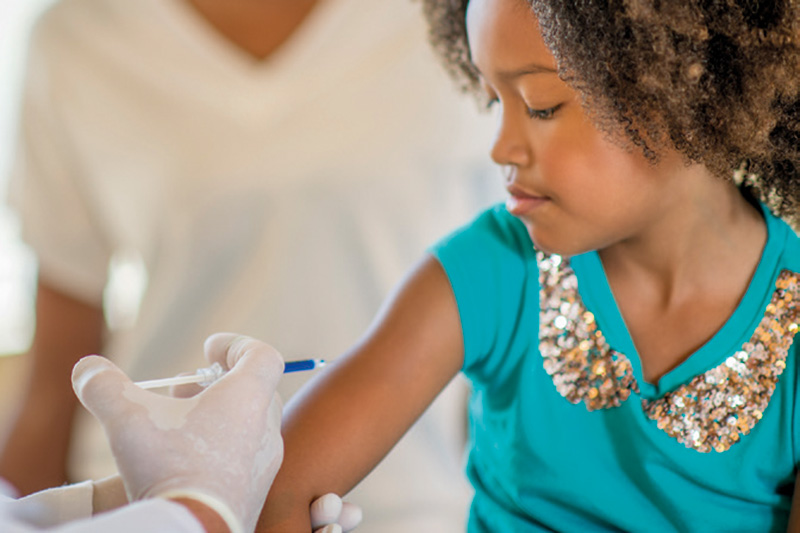 Vaccines work. And simple measures like using speed humps to slow traffic can act as a ‘vaccine’ preventing death and injury to children. 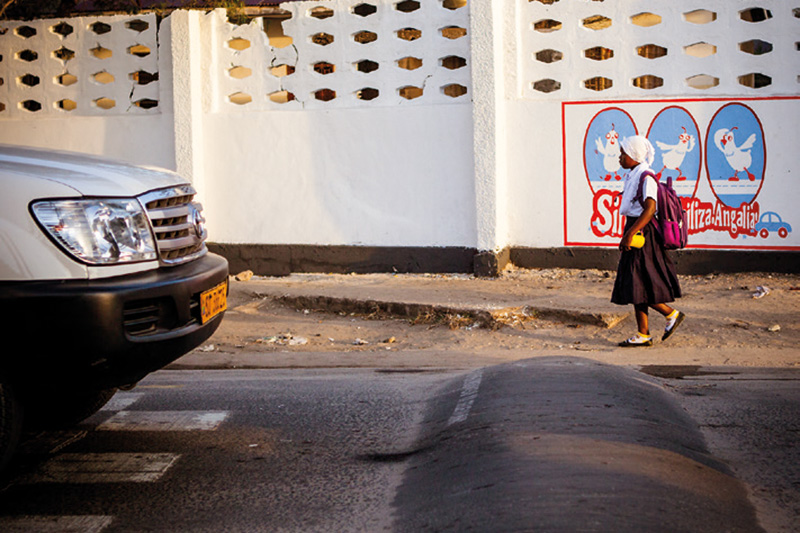 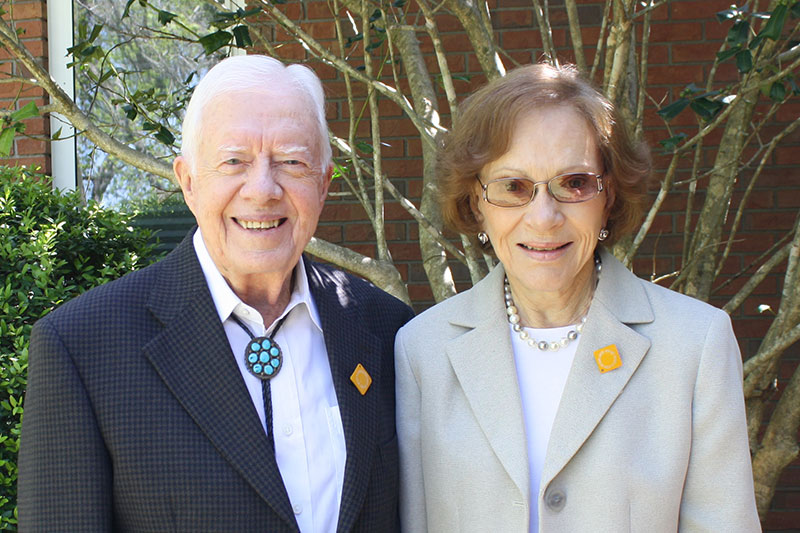 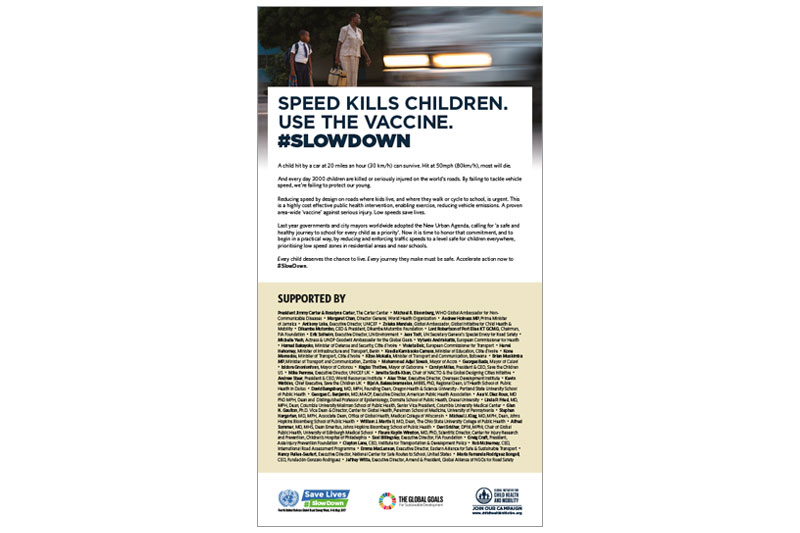 The Open Letter is published this week in advertisements in the New York Times and Guardian, encouraging people to add their name to the campaign.
WHO Director General Margaret Chan: Through a concerted effort we can prevent so many young people dying.
Watch the #SlowDown Speed Vaccine film.

President Jimmy Carter, WHO’s Margaret Chan and philanthropist Michael Bloomberg are among leading figures from across the public health world calling for reductions in urban traffic speed as a ‘vaccine’ proven to protect children from death and serious injury.

“Reducing speed by design on roads where kids live, and where they walk or cycle to school, is urgent. This is a highly cost effective public health intervention, enabling exercise, reducing vehicle emissions. A proven area-wide ‘vaccine’ against serious injury. Low speeds save lives. Last year governments and city mayors worldwide adopted the New Urban Agenda, calling for ‘a safe and healthy journey to school for every child as a priority’. Now it is time to honour that commitment, and to begin in a practical way, by reducing and enforcing traffic speeds to a level safe for children everywhere, prioritising low speed zones in residential areas and near schools.”

Supporting the campaign, coordinated by the FIA Foundation and the Global Initiative for Child Health & Mobility, are public health Deans of some of the leading universities in the United States. As Professor Al Sommer, who led breakthrough work on Vitamin A supplements, says: “When we found the cure for vitamin A deficiency, we administered it to millions of children. We have the cure for unsafe roads – low speeds. It is time we administer it.”

At least five hundred children are killed, and more than 2500 seriously injured, every day on the world’s roads – the equivalent of two large secondary schools being emptied. Traffic speed is a major factor in many of these crashes, yet only 47 countries meet the World Health Organization’s best practice on speed laws. Many cities with the ability to alter speed limits are too slow in reducing traffic speed to levels below which child pedestrians or cyclists can survive a collision, despite overwhelming evidence that this is a cost-effective solution.

Margaret Chan, WHO Director General, said: “Why are so many young people dying? Road traffic crashes are the top cause of death among young people aged 15-29. How do we stop this? Through a concerted effort to help countries, cities and villages implement four simple steps: introduce features like speed bumps to calm traffic down; establish and enforce speed limits; install technologies in vehicles, like Automatic Emergency Braking; and last, and most important of all, make people realise that speed kills.”

The Open Letter’s #SlowDown message, also supported by public figures including UNICEF Executive Director Tony Lake; the UN’s Environment head, Erik Solheim; UN Special Envoy for Road Safety, Jean Todt; the European Commissioners for Health, Vytenis Andriukaitis, and Transport, Violeta Bulc; Carolyn Miles, CEO of Save the Children US and Kevin Watkins, CEO of Save the Children UK; and Andrew Steer, President & CEO of the World Resources Institute is being promoted through advertisements this week in the New York Times and online on the Guardian website. On Wednesday UN Envoy Jean Todt will join Jamaican Prime Minister Andrew Holness and Olympic sprint relay gold-medallist Yohan Blake in Kingston, Jamaica, to formally sign the call to action, urging faster implementation of the speed vaccine.

In cities where the speed vaccine is being applied, the results are immediate:

In a keynote speech at an event in central London today to launch WHO’s new ‘Save Lives’ public health package for road safety and a new road safety manifesto prepared by an international group of legislators, the FIA Foundation’s Chairman, Lord Robertson of Port Ellen, will highlight the vital role of speed management in preventing road traffic injuries, and the need for urgent implementation of the speed vaccine, as part of efforts to meet the road safety targets of the Sustainable Development Goals.

Lord Robertson said “That so many public health leaders have endorsed our campaign is recognition both that reducing speed is highly effective, and of the urgent need to deliver this vaccine to the communities that need it. The FIA Foundation is making this our number one advocacy and programmatic priority because we see a chance to realise significant and widespread casualty reductions if more cities follow the example of Vision Zero leaders and put the interests of people, and especially children, before traffic. Every child has the right to a safe environment, reducing speed is a silver bullet for protecting that right and saving many lives.”

Read more about the speed vaccine and how to deliver it