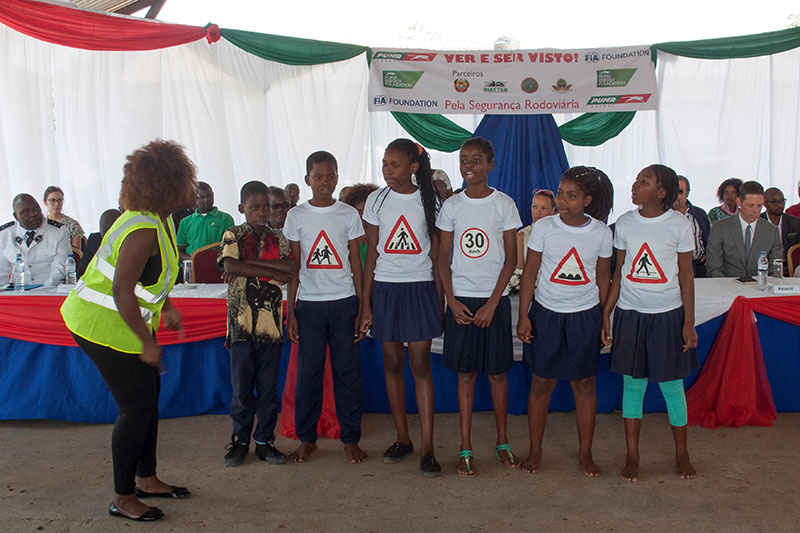 Schoolchildren participating in the launch of the Amend campaign in Maputo. 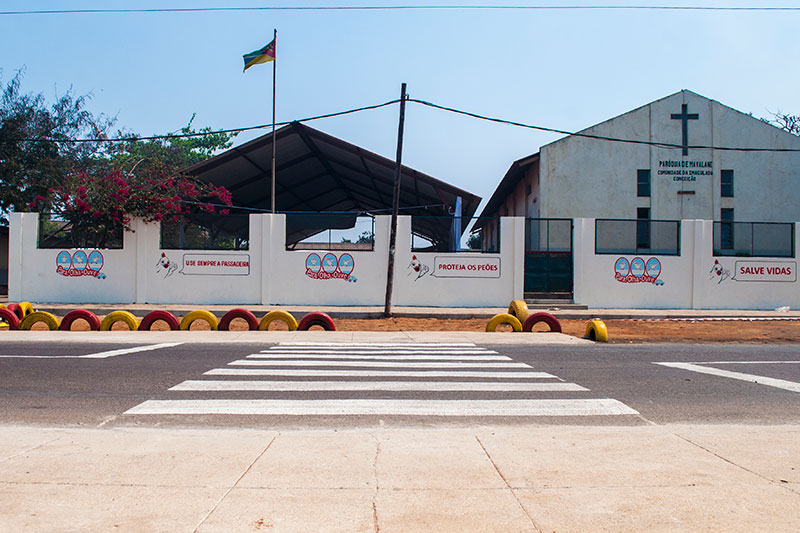 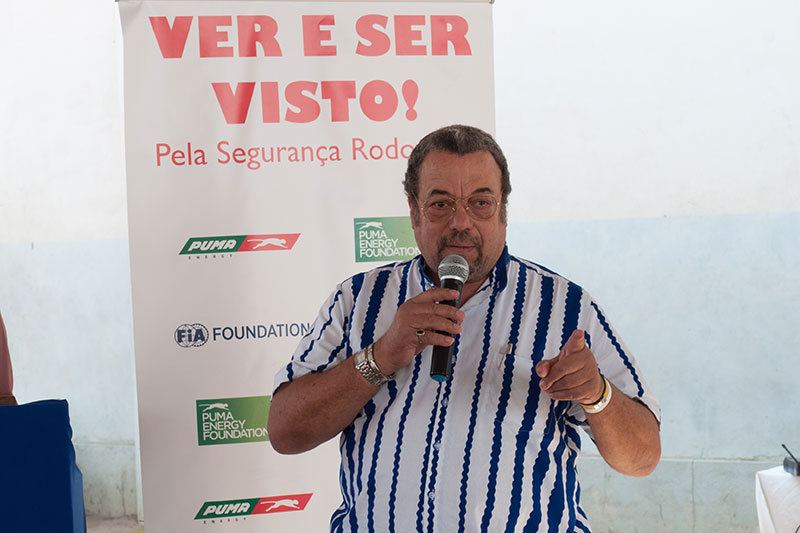 Government officials in Mozambique and Botswana are being encouraged to support low cost footpaths and safe crossings for schoolchildren, in the latest phase of Amend’s campaign for safe and healthy journeys to school across Africa.

The FIA Foundation is supporting AMEND, a road safety NGO focused on sub-Saharan Africa, to implement its School Area Road Safety Assessments and Improvements (SARSAI) programme across ten African countries between 2017-19. Building on the Foundation’s support for SARSAI programme in 2015-16, the programme for 2017 seeks to reduce road traffic injury rates at high risk primary schools and promote uptake of the principles of SARSAI and safe school areas by the government. AMEND’s SARSAI programme is focused on reducing injuries around school areas through a systematic assessment of road infrastructure around schools, improvement of physical infrastructure, road safety education and community engagement. A population-based control study carried out in Dar es Salaam, Tanzania in 2015-16 showed that there was a 26% reduction in injuries at schools receiving SARSAI. This offers a clear evidence on the effectiveness of SARSAI model and makes a case for its scaling up across the region in sub-Saharan Africa.

As a part of the programme, outreach events have been organized to bring stakeholders together to showcase the improvements at a particular high-risk school and demonstrate to policy makers that these measures could readily be implemented at other schools. AMEND organized one of such events to launch the programme in Mozambique in a local school, Escola Primária Completa da Imaculada, Maputo on 16 September 2017. The school received SARSAI intervention, including zebra crossing, signage and rumble strips, a short length of footpath, as well as road safety education, benefitting a total of 1,388 students.

The event was attended by 60 pupils from the school and 40 adults. Representatives from Municipal Council of Maputo, Ministry of Transport and Communications, Traffic Police and Puma Energy Foundation, Automóvel & Touring, Club de Moçambique and Puma Energy Mozambique attended the event. At the event, Mr.Paulo Zeca Ricardo, National Director of Transport Safety at the Ministry of Transport said, ‘The present high levels of road traffic crashes in our society necessitates action from all including individuals and civil society. It requires individuals to take responsibility for obeying the rules of the road and also governments to ensure that these rules are enforced.’

The event is the first in a series of three events that AMEND will be organizing in Mozambique to raise continued awareness on the necessity to provide safe infrastructure for children on their journeys to school. Over the next three years, there will be three events in each of the ten countries receiving support for SARSAI from the FIA Foundation.

The programme enhanced awareness on the need to reduce speed limits around school to 30km/hr in Mozambique. The current maximum speed limit on urban roads is set at 60km/hr and many schools are located along such roads. Speaking of the event, AMEND’s Programme Director, Ayikai Poswayo noted, ‘Being able to demonstrate examples of improvements around schools to government stakeholders as well as advocating for long term attention to the issue is a very powerful tool and Amend is immensely grateful to the FIA Foundation for providing the support to be able to achieve this.’

In Botswana, a similar event was organised at Tlhabologo Primary School in Gaborone by Amend’s local NGO partner Society of Road Safety Ambassadors (SORSA). MPs, councillors and transport ministry officials were among those attending the unveiling of a new safety crossing and footpath outside the school.

Maatla Otsogile, Coordinator of SORSA said: The journey from home to school is a point of considerable exposure and risk for our children. We therefore applaud the coming together of responsible and committed organizations partnering with our government to ensure safer roads for our children. As Amend, SORSA and other stakeholders continue to search for more ways to protect children on our roads, I urge all motorists to exercise patience and caution on the roads, as our young ones may be less aware of the potential hazards around. We are thankful for this robust evidence-based intervention.”