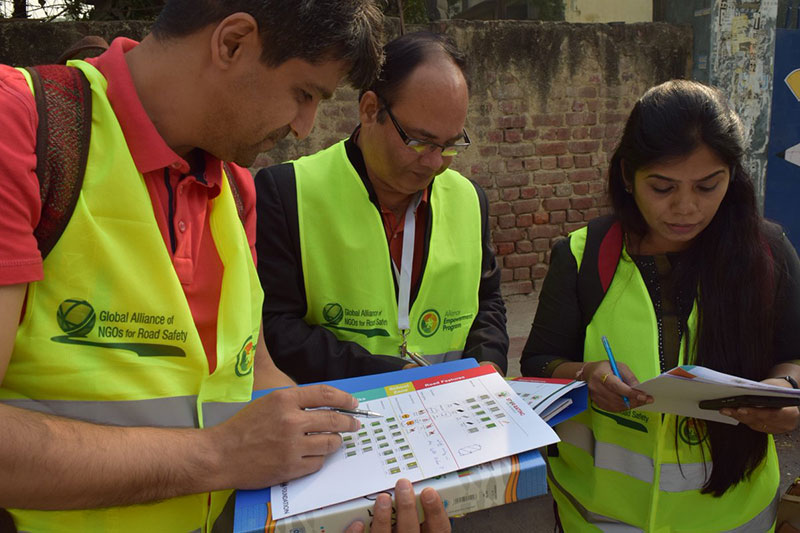 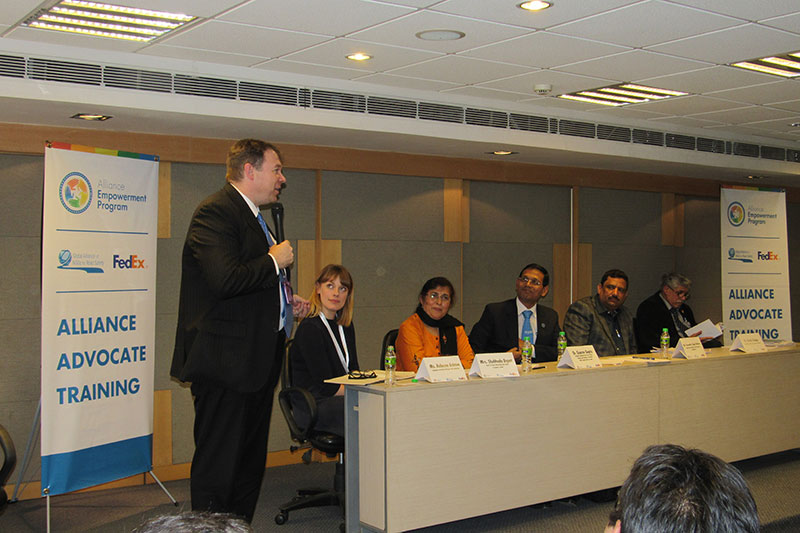 Twenty-one road safety leaders from eight countries were brought together by the Global Alliance of NGOs for Road Safety to catalyse action for safe school zones across Asia. By training advocates to use the new Star Rating 4 Schools tool, created by the International Road Assessment Programme (iRAP), participants will embark on data-led advocacy to improve road safety around schools in the region.

500 children are killed every day due to road traffic injury and millions more are injured because many roads lack even basic infrastructure to protect the most vulnerable users. Many children in rapidly urbanising cities are forced to run the gauntlet simply trying to access their education, where car driving minorities are prioritised over the majority of people. Many children across India, and in low- and middle-income countries globally, are on the frontline of this public health epidemic.

Supported by the FIA Foundation, the Star Rating 4 Schools tool aims provides simple step by step instructions to code and collect data to review the safety of roads surrounding schools. By reviewing available infrastructure and vehicle flow at selected data points it is possible to produce a star rating for each road and highlight the simple interventions required to dramatically improve safety.

Advocates joining the training session used the Star Rating 4 Schools tool to assess Nutan Marathi School in central Delhi, a school surround by busy and chaotic streets. The team collected data at five different points. The findings returned ratings of one and two star for roads surrounding the school. Speed limits of 50km per hour, lack of pedestrian crossings and lack of visible signage to warn drivers of the school area were contributing factors to the poor ratings.

Through their road assessment programme, iRAP emphasise that a three-star rating is absolute minimum requirement for safety. For the 1500 students attending the school, using one- and two-star roads reveals the level of risk they face daily.

Qualitative, as well as quantitative data, also forms an important part of the analysis and interviews with teachers and police, further revealed the challenges of the area as well as the tragic story of a student who was killed right outside the school entrance. Teachers also highlighted that the extensive road safety education programme at the school had to be supported by changes in infrastructure and enforcement to truly protect children attending the school.

Following the demonstration project, the road safety leaders identified schools to become the centre of their own upcoming advocacy efforts, committing to conducting assessments by the end of February 2019. By collecting data and engaging key stakeholders, the leaders will use Star Rating 4 Schools to advocate for simple, low-cost interventions to upgrade the safety of roads surrounding their selected schools.

Simple infrastructure upgrades would not only reduce injury risk for students at Nutan Marathi School, but would also impact the 3000 students who attend neighbouring schools. This ‘ripple effect’ of strategic interventions was reflected in the plans of the advocates. Proposals outlined the potential impact of low cost inventions not only to the wider community but also as a tool help to shift attitudes to favour people centred streets.

Lotte Brondum said:
“We have seen first-hand how children risk their lives walking to school here in Delhi. It’s disheartening to see 7-8 year old’s crisscrossing between rickshaws, buses, and high speeding cars to make it to class. A simple intervention such as setting up a crossing guard to help children to cross the road can save lives. Or removing vendors from the pavement so children can use that instead of the road. It’s simple solutions that can be done tomorrow. We have trained 21 grass root Organisation on how to speak up for the needed change. They will go back to their countries and knock on the right doors to get the job done and we expect to see these small changes done across India and Asia so children can walk safely to school.”

Rebecca Ashton-Dziedzan added:
“The dedication and hard work of grassroots NGOs is vital to building the case for simple, low-cost interventions proven to save lives. Armed with the iRAP Star Ratings 4 Schools App, it is exciting to see the Alliance Advocates empowered to embark on data-led advocacy where small changes will massively reduce the risk of road traffic injury for thousands of children across Asia.”

Through the training up to 30 schools will now be assessed and highlighted for improvements, with some funding already secured for infrastructure upgrades. The first set of reports are expected in February 2019.