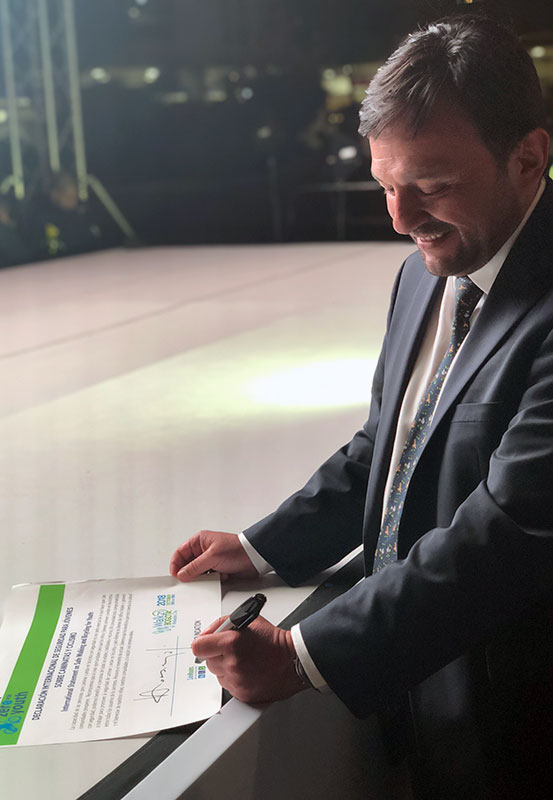 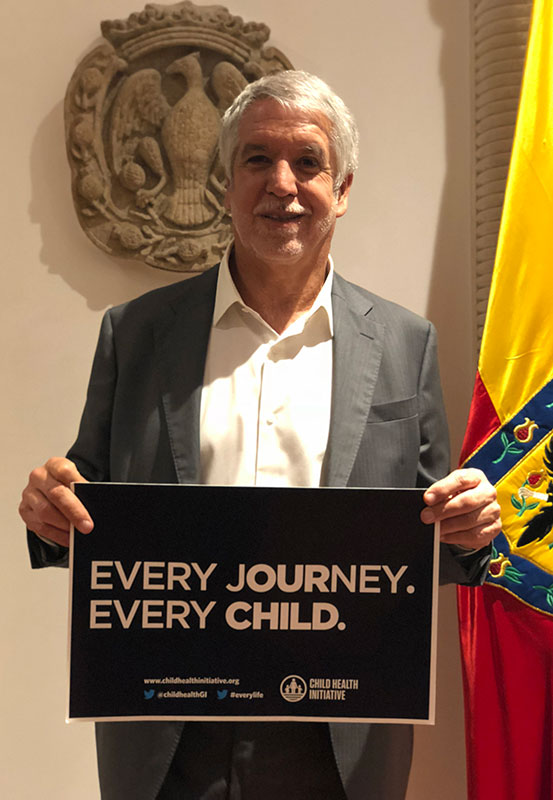 Mayor Enrique Peñalosa supports the call for a UN Special Summit on Child and Adolescent Health. 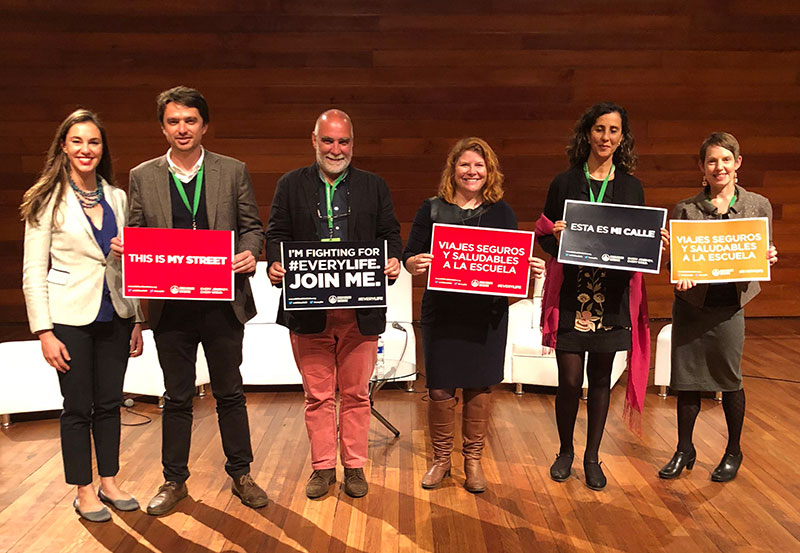 Walk 21 featured a panel on Vision Zero for Youth, sharing examples from around the world of a movement to achieve zero fatalities among youth.

Bogotá’s Mayor Enrique Peñalosa and Secretary of Mobility Juan Pablo Bocarejo have committed to Vision Zero for Youth, making the city the first in South America to join the initiative. With support from the FIA Foundation, it began in Washington, DC through National Center for Safe Routes to School, and has expanded to Mexico City via the Institute for Transportation Development and Policy.

“We are proud to be the first South American city with Vision Zero for Youth. Good cities protect their most vulnerable, their children. Children are like an indicator species. If trout are in a creek, it is pure. If children are on the streets, it’s a good city. Yet the people the most threatened are the ones we most love - our children. We are making progress, but we have a long way to go,” said Bogotá’s Mayor Enrique Peñalosa. Secretary of Mobility Juan Pablo Bocarejo said “Last year, 20 children died on our roads, 60% of which were pedestrians. This year, nine died, a record for the past ten years. We are committed to reaching zero.”

As part of the Bloomberg Initiative for Global Road Safety, the city has been teaming with Child Health Initiative partners WRI and NACTO to ensure safe, sustainable transport with a focus on children. Since the beginning of its Vision Zero program in 2016, Bogotá has had a target of zero fatalities among youth. The city is working in 2200 school zones to implement speed management, decreasing speeds to 30 km/hr. Through Al Colegio en Bici, or ‘to school by bike,’ it has helped 5000 children from 100 schools make 380,000 safe trips to and from school.

Safe and healthy journeys for all children are at the heart of the Child Health Initiative call for a UN Special Summit on Child and Adolescent Health. Mayor Peñalosa said, “We support a UN Special Summit on Child and Adolescent Health. We have to work towards an environment where children are unthreatened, and have spaces to play and run and not live in fear of being killed. For the UN, this has to be a goal. One of the UN basic universal human rights is the right to mobility. But for a 12-year-old the only possible mobility is via bicycle, besides walking. Bogota has the largest number of cyclists in any American city. So protected bike lanes in every street aren’t just a cute architectural feature, but a right. The right to mobility for a child is the right to be able to move freely by themselves.”

To discuss Vision Zero for Youth and learn more about each other’s initiatives, the FIA Foundation convened a meeting with the Bogotá Secretariat of Mobility, Oscar Diaz, Special Advisor to the Mayor, Vision Zero Network and Child Health Initiative partners National Center for Safe Routes to School, NACTO, and ITDP. Claudia Diaz, Road Safety Director for the Secretary of Mobility said, “In this city of 8 million people, 2 million vehicles, and 13 million trips daily, we have 7,000 deaths per year – more than there are due to armed conflict. Pedestrians are primarily killed by motorcyclists, cars, and buses. The city has unique approaches to accomplishing its goal of a 15% reduction in fatalities in four year, and a 35% reduction in 10 years. To gain community buy-in and pay special attention to equity issues, transportation teams have an anthropologist and psychologist. To engage private entities in Vision Zero, the city awards companies with the best road safety practices through the RED Empresarial de Seguridad Vial, which has 170 registered companies.”

The meeting took place alongside Walk 21, an international conference about walkable cities which included a panel about Vision Zero for Youth. The panel was proposed and moderated by Nancy Pullen-Seufert, Director the National Center for Safe Routes to School, who emphasized the power of Mayoral leadership in reducing child injuries and fatalities across US Vision Zero for Youth cities. Co-moderator Natalie Draisin, North American Director and UN Representative for the FIA Foundation discussed the global urgency of focusing on children. Claudia Adriazola-Steil, Health & Road Safety Program Director at WRI emphasized the importance of an achievable target zero of deaths among youth as a step to the wider safe system approach. Gonzalo Peón Carballo, Deputy Director for ITDP Mexico discussed the need to start with low income communities and presented ITDP’s report about Vision Zero for Youth at a pilot school in Mexico City, where a student-led temporary speed management change became permanent. Seleta Reynolds, General Manager of the Los Angeles Department of Transportation presented the opportunity to address equity, mental health, and happiness while creating cities that are safe and healthy for children. Mario Alves from the International Federation of Pedestrians focused on the power of the safe system approach, the heart of Vision Zero, to protect pedestrians.

Natalie Draisin said, “These organizations represent individual islands of success, but what we need is a sea of change. This is a global epidemic that affects us all. Currently, 350,000 children and adolescents are killed in road traffic crashes or by the effects of urban outdoor air pollution, to which road traffic is a significant contributor and factor. Road traffic is the leading cause of death for adolescents worldwide. By 2030, over half of urban dwellers will be children. This shift in population, urbanization, and motorization is a recipe for more injuries and fatalities, unless we seize the opportunity to make cities healthier, more livable, walkable, and bikeable, starting with our children. We commend Bogotá for its commitment to Vision Zero for Youth and support of the UN Special Summit on Child and Adolescent Health, paving the way for others to join the fight to protect our children.”