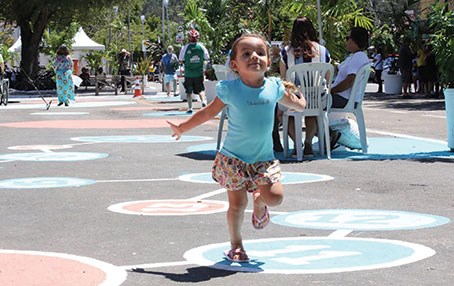 Child Health Initiative partners are active in Brazil with a strong focus on improved design for safe and healthy streets.

WRI Brazil and NACTO in particular are working effectively with city and government authorities to protect vulnerable road users, improve facilities for walking and cycling, and make cities more liveable. This work is a good example of community-wide initiatives that have a strong focus on improving the health and welfare of children. The projects make good use of available data, and have secured political backing effectively. 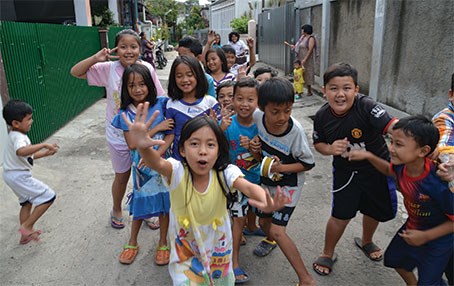 This selection of case studies includes: 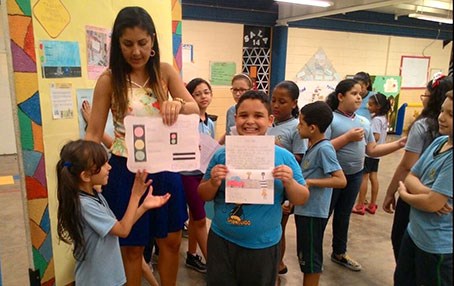 In order to promote road safety education across the country, Safe Kids Brazil developed an award winning free online course that targets education, health and road traffic professionals. The course delivers comprehensive content including data, articles, and videos and includes a hands-on component where participants receive support from Safe Kids Brazil following the course to implement their own awareness activities in their communities. In 2017, 1,191 ambassadors were trained by the course and reached more than 80, 076 people. Safe Kids Brazil partners with organizations such as the State of Sao Paulo Road Traffic Department to recruit participants for the course.

In two neighborhoods of Brazil, Cidade 2000 and Vila União, NACTO-GDCI promoted physical activity and spaces to play. Such projects are crucial to reversing Brazil’s 16% reduction in active transport per decade, and further anticipated 34% decrease in physical activity by 2030. Though Cidade 2000 is a middle-income area, families of all income levels frequent its main avenue, the Avenida Central. Vila União’s population is low- and middle-income.

Because of heavy and dangerous traffic, 78% of residents in Cidade 2000 admitted to feeling unsafe. The city implemented the project in phases to show the community how underutilized road space could be transformed into a neighborhood asset. Over two nights, the southern part of Avenida Central was transformed using paint, planters, trash cans, and benches. The number of children playing outside more than doubled, transforming the plaza into the heart of the neighborhood.

The project has strong political support. The Fortaleza Mayor is returning the streets to the people by making “Cidade da Gente” a public policy in Fortaleza City Hall.

In Vila União, a street redesign helped draw children out of the Albert Sabin Children’s Hospital where they were often confined to beds and hallways. The the hospital partnered with the Mayor, NACTO-GDCI, and WRI through the Bloomberg Initiative for Global Road Safety to transform the street in front of the hospital as part of a neighborhood-wide low speed zone project.

Prior to the project, pedestrians had 31.5% of space and motorized traffic had 68.5%.

Prioritizing vulnerable road users, the numbers shifted drastically after the intervention. Pedestrians had 56.5% of space, and motorized traffic had 43.5%. Over three times more people had access to new sidewalks.