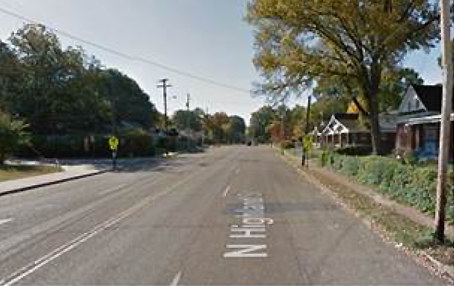 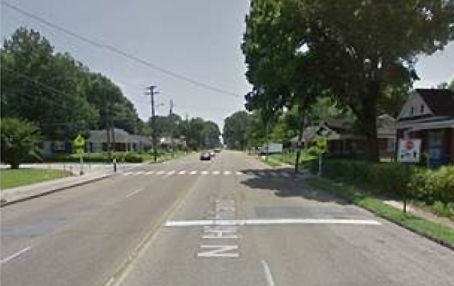 The 2012 project in Memphis, Tennessee, at Treadwell Elementary School was the result of a months-long data analysis effort conducted in collaboration between Safe Kids Worldwide, Safe Kids Mid-South, the UNC Highway Safety Research Center, and the local community.

Between 2003 and 2011, the area around Treadwell had experienced 16 pedestrian crashes. Of those crashes, ten involved children under the age of 15, and five resulted in either fatal or serious injuries.

The primary improvements completed as part of this project were the upgrades made to two crosswalks. Each crosswalk was upgraded to a high visibility marking pattern, and Rectangular Rapid Flashing Beacons (RRFBs) were installed at each site. The RRFBs are push-button activated, stutter-flash systems that draw driver attention to the crosswalk when a pedestrian is attempting to cross. To help improve site distance and driver visibility at the site, supplemental pavement markings were installed to require drivers to stop ahead of the crosswalks when pedestrians are crossing. These advance stop bars reduce the risk of “multiple threat” crashes that sometimes occur when drivers pass other drivers who are yielding to pedestrians. By stopping further back from the crossing, visibility is improved and pedestrians are able to better determine whether drivers have stopped for them.

In addition to these crosswalk improvements, the school worked with FedEx to reassess its pattern for pick-up and drop-off procedures. These improvements resulted in a smoother traffic operation around the school property. Additional improvements were made by trimming back vegetation and upgrading school zone signage to improve safety and visibility around other parts of the school area.

For more details on 'Walking in Memphis' click here.