In September 2018, Amend, with a local NGO partner and local engineer, worked in collaboration with the Mayor of Lusaka's office to implement road safety infrastructure improvements around Northmead Primary and Northmead Secondary Schools in Lusaka, as part of the Partnership for Healthy Cities programme. Average and 85th percentile speeds of 38km/h and 45km/h respectively were recorded outside the schools before any interventions, and thirteen road traffic injuries with two fatalities had been reported by head teachers in the previous year.

The infrastructure improvements comprised a safe school zone with speed reducing measures (speed humps and rumble strips), two raised zebra crossings, footpaths, bollards, pedestrian gates and signage. After the improvements, average and 85th percentile speeds dropped to 12km/h and 14km/hr respectively. The total school populations of over 3,500 at Northmead Primary School and 2,300 at Northmead Secondary Schools, as well as the wider community have benefited from the road safety improvements. 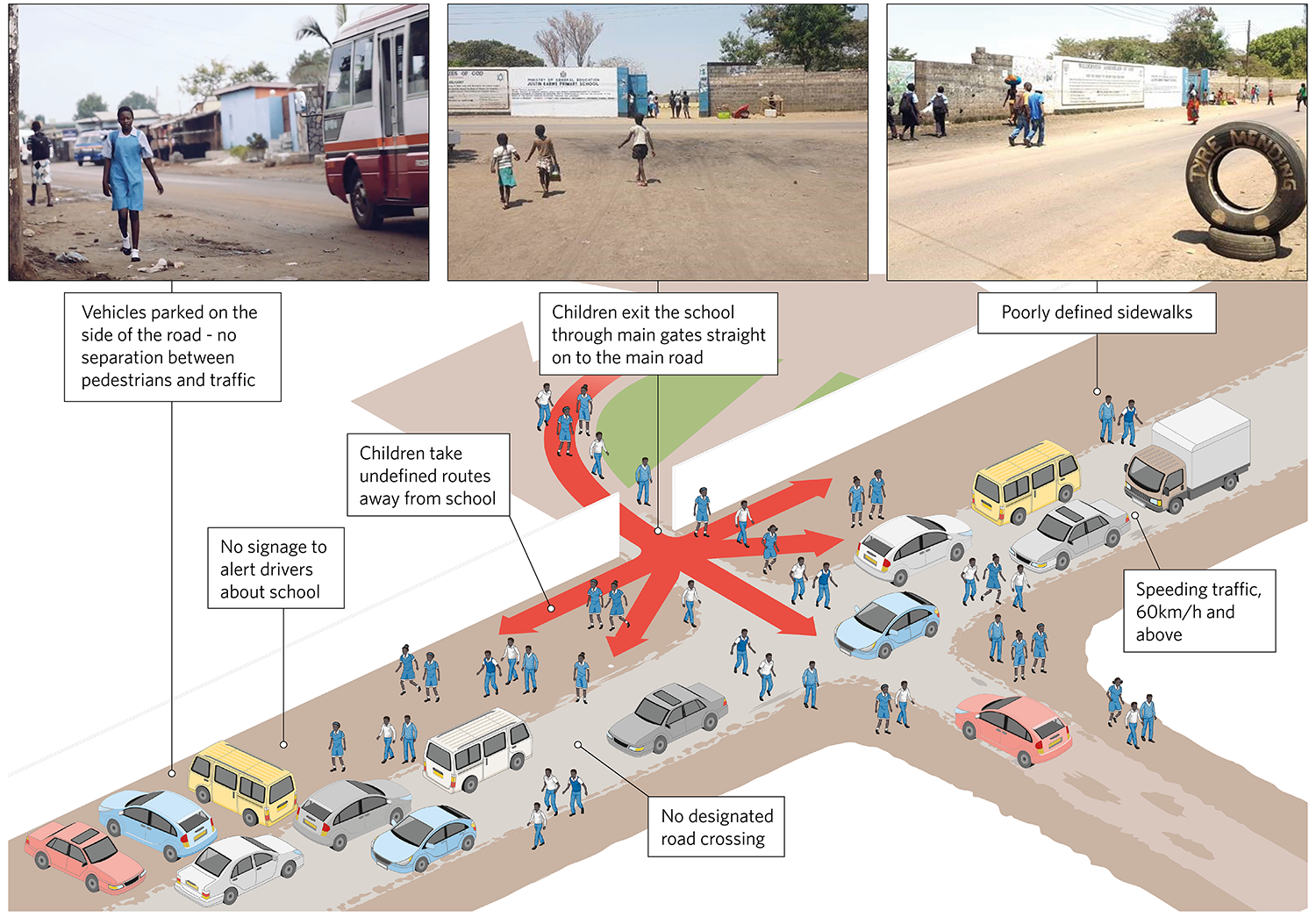 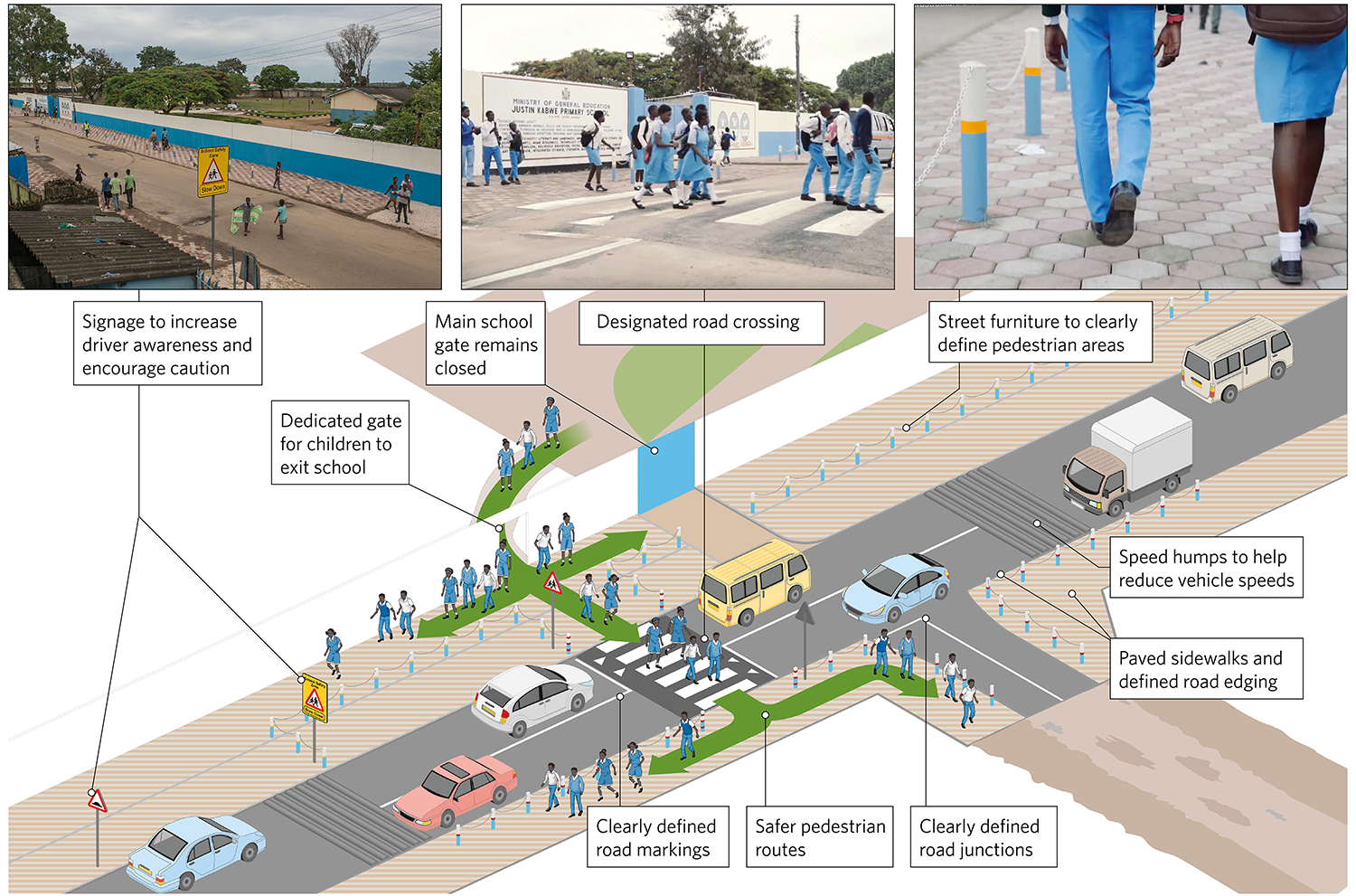