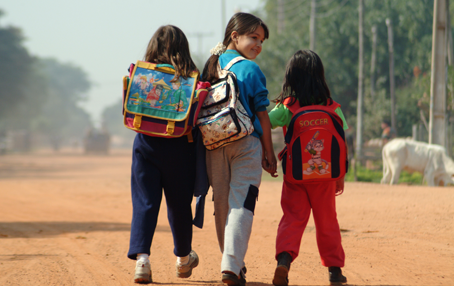 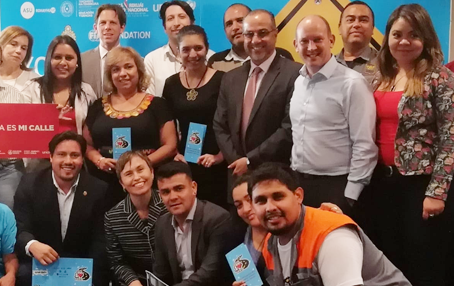 UNICEF Paraguay has formed a strong coalition of all the major stakeholders in the country to promote safe school journeys for children. UNICEF works with the national government including the Ministries of Education, Health, Transport and Public Works. It has engaged closely with the police, and municipal authorities of Asunción and Central. Civil society and the private sector play key roles, with the Touring y Automovil Club Paraguayo a key partner. At the forefront of all the work, however are young people themselves. Youth volunteers have led public campaigning and have helped recommend and design safe road infrastructure for their journeys to school.

In a first phase, UNICEF Paraguay has worked with 29 schools and helped mobilise 800 youth volunteers aged 13-15 years old in a campaign titled “Vale una vida” (It’s worth a life). The young volunteers helped lead the design and implementation of the campaign and have taken part in over 400 activities and events in over a year since its introduction in 2017. Collaborating with the police, young campaigners give out “Vale una vida” cards to adult motorists, motorcyclists and drivers, praising good behaviour and also pointing out where they could improve on road safety. UNICEF Paraguay, the government, city authorities and partners are now scaling-up the initiative. Advocacy for safe infrastructure around schools is being carried out using the Amend and iRAP SR4S [hyperlink to www.starratingforschools.org] methodologies. There are good prospects for further development of safe school zones. 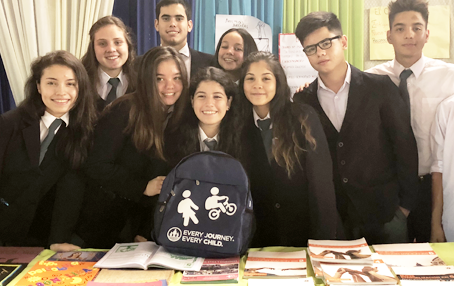 Click on the links below to read more about road safety projects in Paraguay: